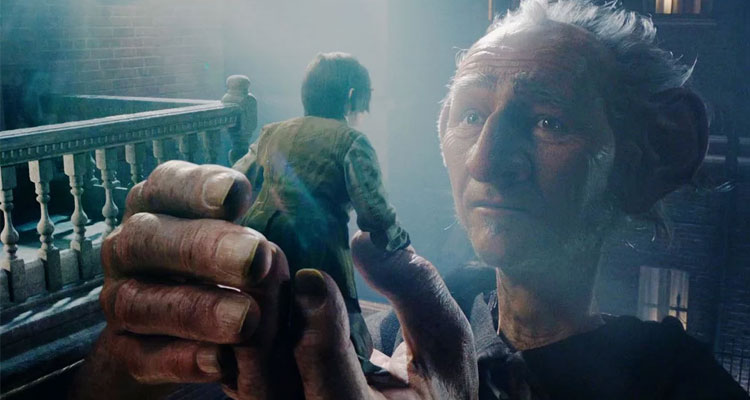 THE BFG – Behind the scenes with Steven Spielberg

Based on the beloved book of the same name, ‘The BFG’ unites two great storytellers in one film; Roald Dahl and Steven Spielberg. The movie tells the story of Sophie (Ruby Barnhill), a young orphaned girl who finds herself whisked away into the weird, wonderful and often-scary giant country after the Big Friendly Giant – or BFG – (Mark Rylance) catches her watching him from her dormitory window. Unlike any of the other giants, the BFG does not eat human beings, but instead blows dreams through their windows as they sleep. Movies Plus Magazine was at the Press conference in Cannes this summer, where Steven Spielberg chatted about adapting Roald Dahl’s book for the screen and whether he still believes in magic.

You have done so many serious movies recently like ‘Bridge of Spies’ and ‘Lincoln’, but this captured the whimsical and magical feel of ‘E.T’ and your earlier children’s’ films. Can you talk about that?
It was not like going back to the past for me, it was revisiting something that I have always loved to do, which is just to tell stories that are from the imagination. When I do history movies the imagination has to be put aside to vet the history and to do it accurately. With this, there were no barriers, they were gone and I felt liberated. I felt like I could do anything on this, and it just brought back feelings I had as a younger filmmaker.

How did you go about casting the film?
This is one movie you do not want to cast American actors in and then have to release it in Great Britain and answer the question “Why did you do that!?” The greatest actors, for me, are the actors in this picture and the thing I pride myself in is I love casting, I think casting is one of the most important things I can do, it’s one of the most important contributions I can make, even more than directing the actors. Just the casting of the right actors saves me a lot of verbosity. I have always wanted to work with Mark Rylance and we got a chance to do two films in a row, and being able to see Mark go from the tight-lipped and close to the vest, yet very emotional Rudolf Abel to suddenly the expansive and generous and sometimes cowardly and always courageous BFG… Just to see that before my own eyes, that transformation was one of the most astonishing experiences I have ever had in my entire career working with anybody. With Rebecca [Hall] and with Penelope [Wilton] and with Jemaine [Clement] I just feel that we were a family and we continue to be a family.

You have changed the Hollywood film arena and won almost every accolade possible, where do you get the inspiration to keep making films like ‘The BFG’?
I am just looking for a good story. We are always on the hunt for a good story. Sometimes those good stories are right in front of our faces. I read ‘The BFG’ to my kids when they were growing up. I have seven children, I read the story to a lot of my children growing up so I became the BFG when I was the storyteller of that book and I sure know what it feels like to be the BFG, at least with my kids below me and me above them with the book between us. All of my decisions, the choices I make about the movies, the stories I tell, this was not a film I had been working on for 10 or 15 years, this was something that I quite spontaneously – when Kathy [Kennedy] said she had the rights – I remembered how beautifully my kids had responded to the book and thought “This is something that speaks to me” and I think I can illuminate it a bit more.

From watching the film it is obvious that you still believe in magic, how do you manage this with all the sadness and hate going on in the world today?
All of us have to believe in magic. The worse the world gets, the more magic we have to believe in because that magic will give us hope, and that hope will cause us to be proactive. When we have the wherewithal to help, it will put us into a position to get very proactive in a world that needs our attention more than it ever has. Hope comes from magic and I think that’s what movies can give people; they can give people hope that there will be a reason to fight on to the next day. Hope is everything for me.

THE BFG is now showing in Irish cinemas