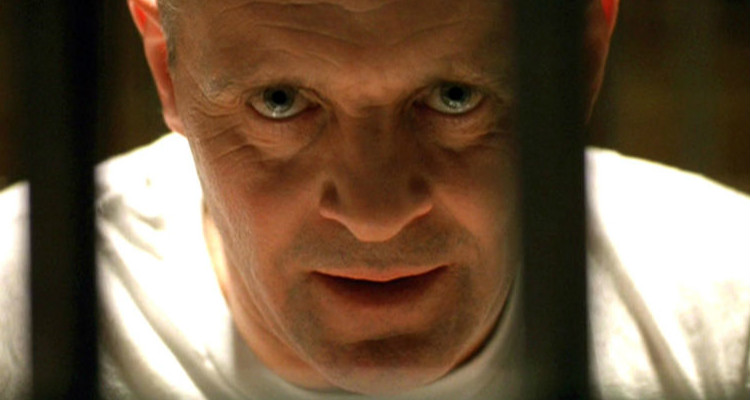 Best Movie Villains… From The Joker to Hannibal Lecter

‘Suicide Squad’ is released in Irish cinemas this week, and follows the exploits of super villains Harley Quinn (Margot Robbie) Deadshot (Will Smith), Captain Boomerang (Jai Courtney) and their cohorts as the US government takes them out of jail to join a special task force, in exchange for clemency.

Since the Suicide Squad is a team of villains tasked with taking down someone even worse than they are, Movies.ie has taken a look back over some of the greatest villains in movie history… The kind you love to hate.

Ursula the Sea Witch – ‘The Little Mermaid’
Disney are known for creating villains that will scar your childhood – from Cruella DeVille to Jafar – but there is something very sinister about the scorned, power hungry Ursula (Pat Carroll), who manipulates the naïve mermaid Ariel (Jodi Benson) into giving away her voice for a shot at true love.
Ursula has some wonderful moments in Disney’s ‘The Little Mermaid’ – not least her musical number ‘Poor Unfortunate Souls’ – and is a formidable, cruel and gleefully nasty force throughout the film, and although she is a villain in the most classic ways – standing in the way of true love, making Ariel choose between her father and the man she loves – it is hard to truly hate her, even as we root for Ariel to have her happy ending.

Hans Gruber – ‘Die Hard’
Not only did the late, great Alan Rickman completely steal the show as the menacing villain Hans Gruber in ‘Die Hard’, but it was also his cinematic debut; Rickman had focused his career on theatre until this point. Violently taking over Nakatomi Plaza, to teach the corporation a lesson about greed, Hans Gruber did not count on off duty cop John McClane (Bruce Willis) being in the building and determined to stop this terrorist attack before it got out of hand.
Alan Rickman makes Hans Gruber a rounded and delightful villain, whose lines drip with malice and his attempts to save himself through deception are not only brilliant, but cynical enough for the audience to root against him, while acknowledging that he is a wonderful villain. This is the greatness of Rickman’s performance; although we love the plucky and sarcastic John McClane, we know that he has met his match in Gruber, and the standoff between them is always a joy to watch.

Darth Vader – ‘Star Wars: A New Hope’, ‘Star Wars: The Empire Strikes Back’ and ‘Star Wars: Return of the Jedi’
Ah Darth Vader, a man so evil that he has his own suitably menacing and stompy theme music (March of the Imperial Republic). When first we see Vader he is imprisoning Princess Leia, and things only get worse from there. After stands by and allows Alderaan to be destroyed, Vader tries to shoot down Luke Skywalker’s X-Wing, leads the attack on the rebel base on Hoth, cuts Luke’s hand off and basically is the cause of all nastiness in the Galaxy.
As well as torturing the Rebels throughout the first three films, Darth Vader also is the inspiration for Kylo Ren’s attempts to destroy the universe in ‘Star Wars: The Force Awakens’, and although we cannot help but root for the plucky underdog rebels, it is hard not to admire the strength, cunning and menace of the powerful Jedi gone to the Dark Side.

Verbal Kint – ‘The Usual Suspects’
Before he was the villainous Frank Underwood in Netflix’s ‘House of Cards’, Kevin Spacey caught public attention playing another villainous character; Verbal in ‘The Usual Suspects’. Keyser Soze is little more than a phantom hanging over the entire film, which tells the story of the usual criminal suspects in LA being rounded up for a line up, then hatching a plan to work together to pull off a heist and get back at the police. The story is told by small time, limping con artist Verbal Kint as he is interrogated about a fire that killed all the other members of the gang.
By the end of the film, the story of corruption and double crossing is complete, and the police let Kint go, as his story of woe and betrayal concludes with his bail being posted. The real genius of the film? Kint’s story was 100% fabricated – even down to his limp – and as he walks from the police station he gets into a car driven by Kobayashi; the cohort of the mysterious Keyser Soze.

Hannibal Lecter – ‘The Silence of the Lambs’, ‘Hannibal’ and ‘Red Dragon’
Hannibal Lecter is Anthony Hopkins’ most recognisable role, and a character that audiences love to hate. Pathological, calm and charming, Hannibal Lecter is a man with the capability for great violence and, in ‘The Silence of the Lambs’ – Hopkins’ first outing with the character – likes nothing more than to toy with the young Clarice Starling (Jodie Foster) as she tries to get information for Lecter on a serial killer on the loose. In ‘Hannibal’, Lecter convinces Mason Verger (Gary Oldman) – a man who previously survived his murderous tendencies – to peel his face off, and in prequel ‘Red Dragon’, toys with investigator Will Graham (Edward Norton).
Hannibal Lecter is a well educated man, with a taste for the finer things in life, and certainly enjoys the rarest pass time of all; killing and cannibalising those who irk him. Although Lecter’s menace is wrapped up in a layer of charm, there is little doubt that he is a terrifying man, as his tormenting of both Clarice Starling and Will Graham proves. There is something magnetic about the character however, and it is hard to resist this charming but dangerous serial killer.

‘Suicide Squad’ is released in Irish cinemas on August 5th 2016. Watch the trailer below…