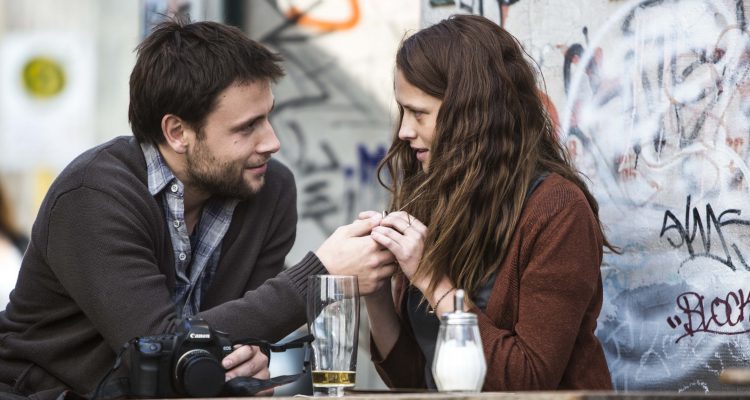 Movie Review
BERLIN SYNDROME (Australia/ 16/ 116 mins)
Directed by Cate Shortland. Starring Teresa Palmer, Max Riemelt, Emma Bading, Matthias Habich.
THE PLOT: Clare (Teresa Palmer) is a photojournalist and backpacker who has arrived in Berlin by herself. Wandering the streets and taking photos, she strikes up a conversation with schoolteacher Andi (Max Riemelt). As he shows her around, there’s an instant attraction which develops into something more passionate. She spends the night at his apartment, only to wake up the next morning and find that he’s left for work and locked the front door. Thinking he forgot to leave a spare key, Clare waits for Andi to come home. That’s when she realises that he’s not going to let her out. Trapped in a seemingly abandoned building, Clare will have to find a way to manipulate her captor…
THE VERDICT: Based on the novel by Melanie Joosten, ‘Berlin Syndrome’ is of course a play on the Stockholm Syndrome theory, in which captives develop a psychological alliance with their captors as a survival strategy. That forms the basis of this suspenseful dramatic thriller, in which characters are not always what they seem on the surface. When we first meet Clare, she’s a quiet, self-contained person who is either running away from something or trying to find something that has eluded her up to this point in her life. Andi is similar in some respects, keeping an air of respectability with his schoolteacher job and friendly approach to tourists. But Andi harbours his own dark secrets and thus begins a power struggle between these two well-drawn characters.
Following ‘Somersault’ and ‘Lore’, Shortland essentially makes this a two-hander in which Palmer and Riemelt spar and play off each other, but not in ways you would expect. Whereas another director might balk at the idea of Clare becoming submissive and accepting her captivity, Shortland is brave enough to go with the character all the way. Shortland doesn’t back down in depicting the mutually dependent relationship that develops. Both of these characters are lonely and need a human connection with each other, but the relationship is built on a falsehood that becomes ever more dangerous as time passes. Clare’s journey from darkness into light is riveting to watch.
Hollywood has often cast Palmer in pretty girlfriend roles, but here she gets to go full Brie Larson and tackle a meaty role with real substance. The comparison with ‘Room’ will no doubt come up, but Palmer makes the role her own. She’s superb here, showing a depth of range that speaks volumes, even with a small amount of dialogue. You can see why she’s called it the most liberating film experience of her career. Even when Clare’s behaviour comes under question, Palmer keeps her on the right side of audience sympathy throughout. Riemelt holds back from turning Andi into a psycho, making him that bit more human, adding subplots involving his ailing father (Matthias Habich) and a student (Emma Bading). Complex and tense, ‘Berlin Syndrome’ marks a career high for both Shortland and Palmer. It comes highly recommended.
RATING: 4/5
Review by Gareth O’Connor
Review by Gareth O'Connor
4
Suspenseful