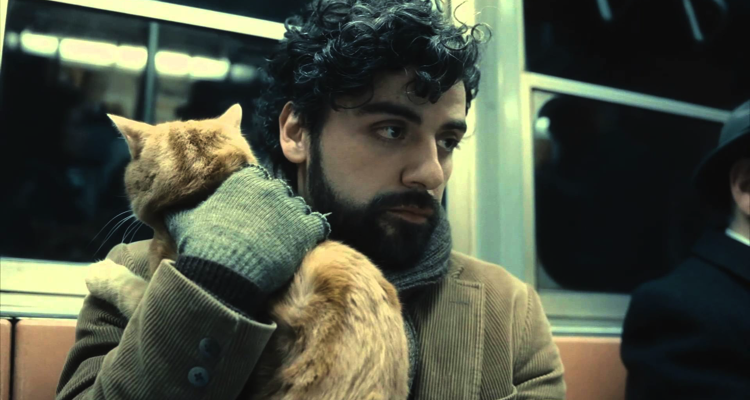 Cinemas Most Loved Pets – From ‘Marley & Me’ to ‘Babe’

This week, ‘Keanu’ is released in Irish cinemas. Starring Keegan-Michael Key and Jordan Peele, the film follows two best friends who venture into a world they have no idea how to survive in, to retrieve a pet kitten named Keanu.

To celebrate the release of ‘Keanu’, we have taken a look back over some of the most beloved movie pets of recent years… And don’t worry, not all these preferred pets are of the canine persuasion.

‘MARLEY & ME’ – Marley
Based on the book of the same name by John Grogan, ‘Marley & Me’ stars Owen Wilson and Jennifer Aniston as newlyweds John and Jenny. Sensing that his new bride is getting broody, John suggests they adopt a dog to see if they can handle this responsibility before having kids. Their new dog Marley soon proves himself to be affectionate but incorrigible, and John realises that the misadventures of Marley – and the couple’s attempts to train him – would make for great material for his newspaper column.
‘Marley & Me’ is a tearjerker about how lives change when a family – both canine and human – begins to grow. Marley the dog is destructive and rambunctious, but instantly captured the hearts of audiences, with the film setting the Christmas Day box office record, with over $14 million in ticket sales.

‘JOHN WICK’ – Daisy
After his wife Helen (Bridget Moynahan) dies, former hitman John Wick (Keanu Reeves) finds himself alone and heartbroken. Helen arranged for a gift for John to be delivered after her death, a beagle puppy named Daisy. Although he is reluctant to bond with the puppy at first, John grows to care for Daisy and, when Russian gang members break into his home, steal his car and kill Daisy, John Wick sets out on a rampage of bloody revenge.
So strong is the bond between John and the tiny puppy Daisy that her untimely and cruel death sends John into a violent rage. Part of the reason for this is the fact that the dog was a gift from his late wife, but his growing love for the creature also contributed to his heartbreak and anger. The death of this small, cute, almost defenceless creature causes the death of many many henchmen, and kicks off all the events of ‘John Wick’ and, presumably, the upcoming ‘John Wick: Chapter Two’

‘INSIDE LLEWYN DAVIS’ – Ulysses
Llewyn Davis (Oscar Isaac) is a young folk singer looking for his big break, or at least a pay cheque. While sleeping on the floor of a friend’s apartment, Llweyn accidentally allows the cat to escape and, with no way back into the apartment after he chases the cat down, he decides to take that cat with him as he searches for a gig.
Although the title role in ‘Inside Llewyn Davis’ was one of Oscar Isaac’s breakthrough roles, he was in true danger of having the show stolen from him by the adorable ginger brat of a cat Ulysses. Escaping through ajar doors seems to be Ulysses’ speciality and, even though Llewyn tries to get away from his feline burden, Ulysses keeps turning up and making his life more difficult… As if Llewyn searching for paid work and struggling not to give up on his dream was not difficult enough already.

‘BABE’ – Babe
Arthur Hoggett (James Cromwell) wins orphaned piglet Babe at a county fair, and takes him home to his farm. Although Babe settles in with the other animals fairly quickly, it takes slightly longer for him to show off his real talent; sheep herding. The path to acceptance is not a simple one, however, as Babe must earn the respect of other sheepdogs and the sheep themselves before he can truly flourish with his new skill.
OK so Babe is not really a pet in the true sense of the word, but it is hard to deny that the affection between Arthur and his strange little sheep herder. In fact, when Babe learns that human eat pigs and becomes demoralised, Arthur feeds him from a bottle, sings to him and even dances a silly jog to try and cheer him up. If that’s not love, we don’t know what is.

‘LILO & STITCH’ – Lilo
Lilo (Daveigh Chase) is a strong-willed and stubborn little girl, who constantly challenges her older sister Nani’s (Tia Carrere) care of her, even when she doesn’t mean to. In fear of losing Lilo, Nani allows Lilo to adopt a dog, but the dog that Lilo chooses is less a puppy, and more an extraterrestrial fugitive named Stitch.
Stitch is not the traditional pet one might expect from Disney movies, but it is hard to deny that the relationship between the oddly grown up Lilo and her destructive but quick to learn pet/alien is a charming one. As well as this, the film’s examination of non-traditional families is sweet and engaging, even when the family pet turns out to be a cute and fluffy killing machine, wanted on his home planet.

‘Keanu’ is released in Irish cinemas on July 15th 2016. Watch the trailer below…