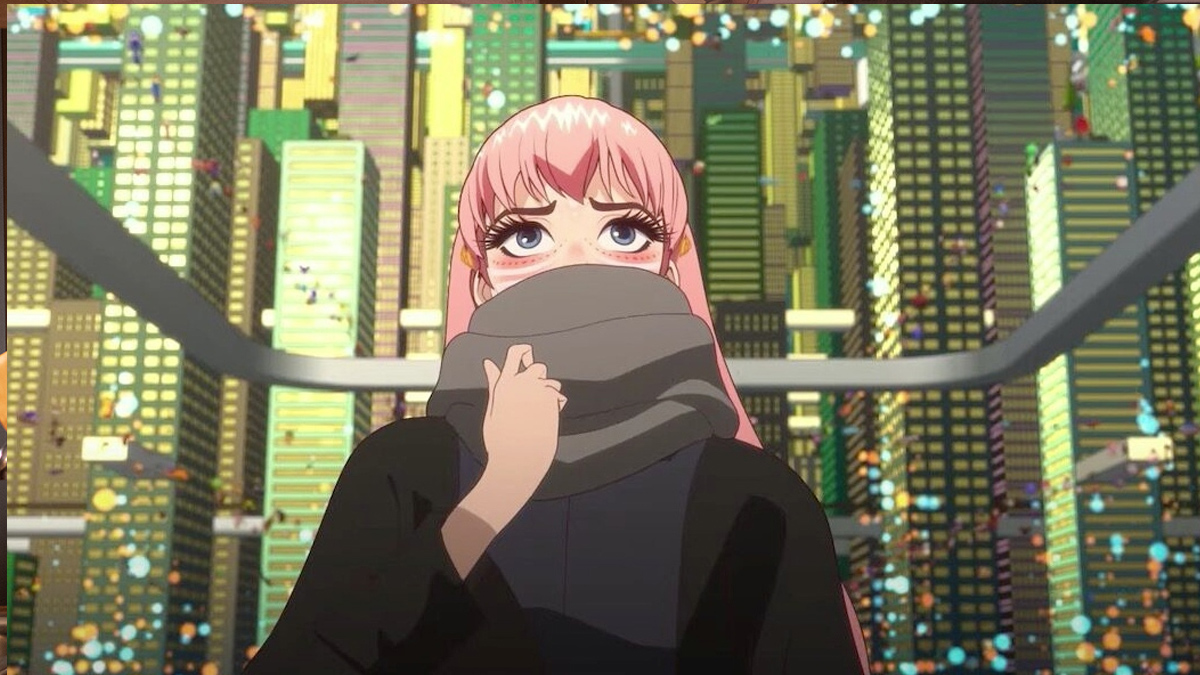 The Plot: Teenager Suzu (Kaho Nakuamura) is grieving the loss of her mother. A shy girl who longs to sing to express her grief, she’s withdrawn into herself. She instead becomes drawn to the colourful online world of U, a new app that gives users the anonymity to be whoever they want to be. The app also taps into her personality and feelings, feeding it into her online avatar. She chooses to become a pop singer, soon becoming a sensation among the other users. She also encounters her mirror image, the troubled Dragon (Takeru Satoh), who threatens to upset balance and order…

The Verdict: Japanese anime Belle makes its intent and mission statement clear in its opening sequence. Among a massive online world, a beautiful young singer rides on the back of a floating whale loaded with loudspeakers as she sings her heart out. The crowd goes wild and she receives a rapturous reception. That’s just for starters. What unfolds is one of the most visually ravishing animes to come out of Japan since the landmark Akira in 1988 (no sign of a live action remake, thankfully). Stand aside, the now-resurgent Studio Ghibli. Studio Chizu deserves its moment to shine here and possibly take an Oscar for Best Animated Film this year. Its vivid depiction of teenage life combined with the be-anything-you-want approach of its online world captures the imagination early on, but with an emotional resonance that works brilliantly on both levels.

It’s no surprise then to learn that it comes from the imagination of Mamoru Hosoda, who made the utterly charming Mirai. He has the ability to take a child’s eye view of the world but then translate that into something relatable to anyone that also transcends cultural barriers. His moving script focuses on a recognisable world of awkward teenagers, their school life, their crushes and their insecurities as they navigate these transitional years. This is where we find Suzu, who dreams of being the popular girl in school but has to settle for an avatar version instead. In the world of U, she has supreme confidence as singer Belle, but also comes to understand the fickle nature of online fame. As she becomes popular online, she’s drawn to the hulking Dragon – an enraged, anarchic user who lashes out at everyone else. The Beauty And The Beast parallel here is obvious, but Hosoda respectfully sidesteps any Disneyfied approach to embrace a darker, more involved origin story firmly rooted in reality. There’s far more to this Belle than meets the eye.

And what an eye the film has. The visual leaps of imagination here are quite stunning, overloading the viewer’s eyeballs with the kind of obsessive attention to detail only the Japanese can achieve when it comes to traditional hand-drawn animation. The world of U swarms with a vast array of characters that would even put a Lego Movie to shame, from cutesy creatures to a hilarious, Saturday morning cartoon superhero force that guards the online realm with an overhanded approach. There’s also an interesting theme of identity at play, with all the users baying for Belle’s true identity to be revealed. Being an ordinary person in an extraordinary world can cause an identity crisis. As vividly realised as the online world of U is, it wouldn’t make much narrative sense unless it was rooted in a story that matters. The online story engages the eyes and ears, the offline story engages the hearts and minds to make for a very satisfying, uplifting result.

Belle is pure imagination distilled with precision by a master director, filtering down into a story about children looking out for each other and trying to find their way in the world. Come for the gorgeous animation, stay for the powerful story, leave with an appreciation that everyone is going their own battle. Belle is beautiful indeed. 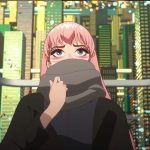