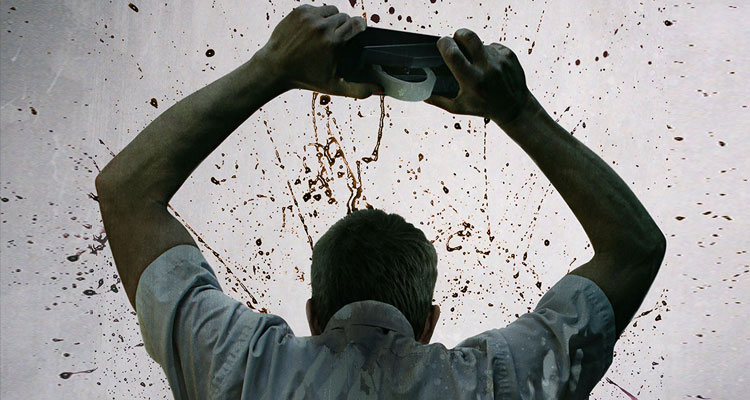 Go behind the scenes of the workplace horror thriller with writer James Gunn, and check out some insane, NSFW claymation shorts, courtesy of British animator Lee Hardcastle.

It at first seems to be an ordinary morning on the job for a group of Americans working for a not-for-profit in a modern office building in Colombia. After noticing that their Colombian colleagues have not arrived for work, office worker Mike (John Gallagher, Jr.) spots some unfamiliar security guards entering a large hangar nearby. Moments later, an icy voice comes over the building’s PA system and calmly explains that the employees must kill a certain number of their co-workers — if not, they will be killed themselves. While the boss (Tony Goldwyn) tries to calm the troops, Mike belatedly realizes that something truly sinister is going on — and when metal doors come sliding down on all the building’s exits and windows, it becomes clear that friends and colleagues are now suddenly enemies in a bloody and brutal battle to the death.