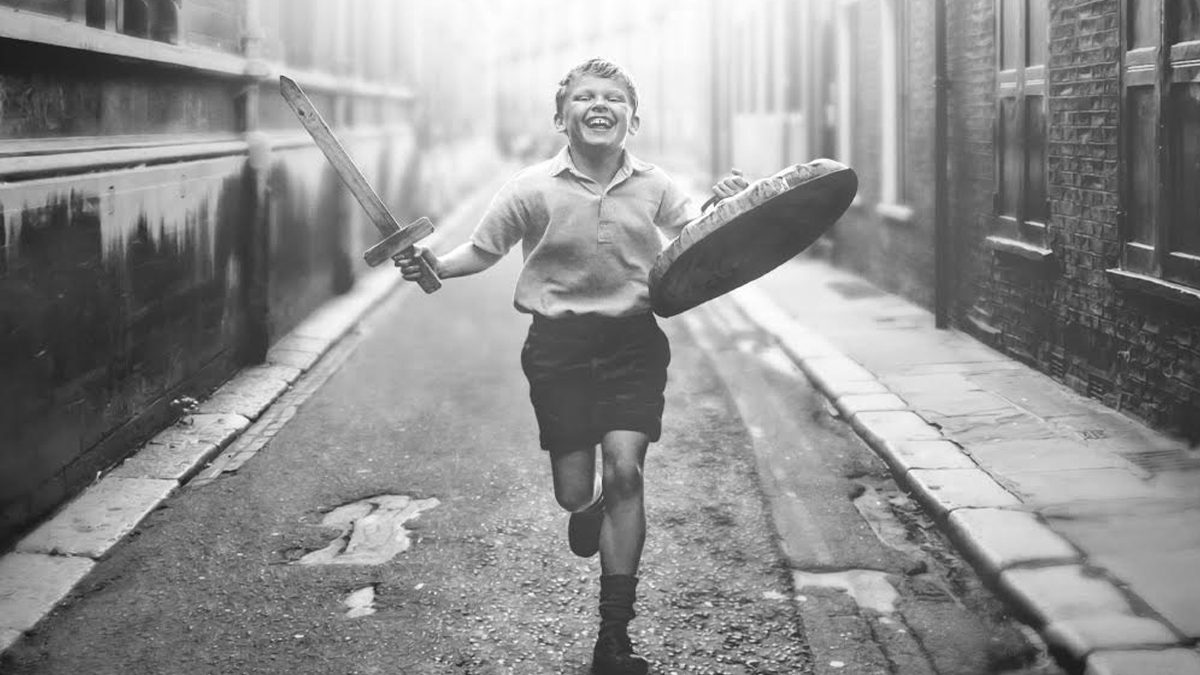 Sir Kenneth Branagh is an actor and director best known for bringing Shakespeare to life on stage and screen. He has worked in other genres, from Harry Potter to Dunkirk, but one thing tends to remain the same: his distinctive accent with more than a few hints of received pronunciation. Even his foray into the Marvel world saw him direct the most Shakespearean MCU hero, Thor.

Many people don’t realize that Branagh was born in Belfast and that his Irish roots are strong and proud. While most of us were navigating the perils of baking during lockdown, Branagh wrote a story about his childhood and his family’s difficult decision to live in the city at the height of The Troubles. It was just that, a story, but long-term colleague and producer Tamar Thomas suggested that Branagh make a film about his experiences.

“We knew that lockdown was coming, and we were still in post-production on ‘Death on the Nile’. We knew there would be a gap in work, and Ken always has a number of ideas in his head, so he said he would use the time to do some writing. He wanted to write a few personal things about his life and said he would start with his childhood. He wrote the story in just six weeks, and then he gave it to me to read. It was just going to be a writing project, but when I read it, I said we have to make this into a film. It was such an extraordinary script; he laid his heart open.”

Thomas says she knew that the timing was right for the film and says that, although the subject matter is moving, it is also funny.

“In this time of COVID, we didn’t want to make a depressing story. People want to be heart lifted and heartwarming and moved. Audiences want something that is moving in an emotional way, that you can connect with, and I think that is what we have achieved.”

The semi-autobiographical Belfast stars Jamie Doran, Caitriona Balfe, Dame Judi Dench, Ciaran Hinds, and newcomer Jude Hill, who plays 9-year-old Buddy. Thomas says that each actor was their first preference, but the pandemic meant they were free to take on the roles.

“It is so rare to get your first preference in any film. We were incredibly lucky that they were willing to take the risk and come on board. We have worked with Judi on so many films, and we had to have her play Buddy’s grandmother, but equally, with Caitriona, Jamie, and Ciaran, they are the perfect fit for each of their roles.”

Finding the right actor to play a young Branagh was key to the film’s success, and Thomas says they were fortunate to have an experienced casting team to help with the search.

“We were so lucky to have found Jude, and we had great help from Karla Strong, a Northern Irish casting agent who worked on Game of Thrones and knew exactly where to look for children. She worked with the UK casting people and went through 300 or so self-tapes. Jude shone through each time, he was the right fit for this film, and he is also blessed by having fantastic family support around him.”

A starring role is a big ask for any child, but Thomas says Hill’s Irish dancing background meant he is used to long days.

“We spoke with Jude and his family and pointed out that he would have to get up early and then go into makeup, and he might have to wait for hours to do his piece and then wait a bit more and then do another piece. We asked his mum how he would cope with that, and she said he’d cope fine because that’s what they do with dancing competitions. They get up at five, drive miles to get to a competition, gets dressed; he does his dance, and then he has to wait to see if he’s won something. When we heard that, we knew he would find it alright, and he did and he coped brilliantly with coming into a new world of acting.”

Doran and Balfe play Buddy’s parents. They are a couple at odds, but despite their difficulties, they are very much in love. Thomas says that Branagh employs tactics from his years in theatre to help create a bond between actors.

“Ken is very good at this, and that comes from the theatre training that we do. We’re very good at setting up ahead filming and for making sure that people are rehearsing. It’s not a big rehearsal; it’s a couple of days, but it’s well organized. Ken put them into the deep end by giving them something physical and mental to do at the same time; he got them to sing and dance. We knew they were bonding when we could hear them laughing and taking the mickey out of each other, and then they knew that they were safe. They spoke openly about the script and their stories and their background, and that bonded them as a family.”

Thomas says tackling COVID and ensuring set safety was the biggest challenge of the shoot and for her as a producer.

“COVID was a massive challenge because, at the point that we started, it was just at the beginning, and there was no guidance on what to do. We spoke with COVID advisors who work with big companies like Starbucks, companies staying open on a large scale. There was no official advice yet, no vaccine, and we had Judi Dench coming onto our set! Everybody was thrilled to be working again, and they knew how important it was to Ken, so they all took that risk together. That made it a very special feeling; we were all working together to keep each other safe. Our biggest hurdle was advice kept changing all the time as scientists learned more about the virus. We talked to doctors and advisers all the time to keep one step ahead of it, to keep people safe. People were anxious, and we really needed people, not only to be safe but also to feel safe. We tested all the time, and that enabled us to make the crew and cast feel that they were in a safe zone and protected and therefore able to do their best work.”

The film had its premiere at Belfast’s Waterfront Hall in front of an audience of 1200, and Thomas says bringing the film home was an extraordinary experience.

“We were absolutely desperate to bring it home, and we desperately wanted to make it the big premiere for the film. We were really lucky to have the support of Northern Ireland Screen and Universal’s support, and the Belfast Film Festival, who all worked their socks off to make it happen. We were thrilled that the audience wanted to come, taking the risk to come out, be together and watch a film. It was important to say to folk that cinemas are open, it’s safe, you can all go and watch a film. Please do come. And they all came, and it was an extraordinary night.”

Thomas says that nerves were high on the night, especially for Branagh and Co Down man, Dornan.

“Bringing something home is always a little nerve-wracking, but especially for two Northern men, they were beyond nervous, but the audience was amazing; they opened their hearts, there was no twitching while the film was on. They were completely engaged with it.”

Thomas says that people from different countries and situations have seen their stories reflected on screen and shared their stories of emigration through necessity.

“The film is connecting with people in lots of different ways, not just in Ireland; it’s across the world. We’ve had people come up to us from different countries and say it’s their story or their family’s story, and they are deeply moved by seeing it played out. Ken’s parents didn’t really talk about it, and that’s partly why he made the film. Life goes on; you move forward. You’re safe. You’re happy, you’re warm, which is all you really need, but it is nice to have those conversations, and hopefully, Belfast will get more people talking about their experiences.”

BELFAST is at cinemas from Jan 21st