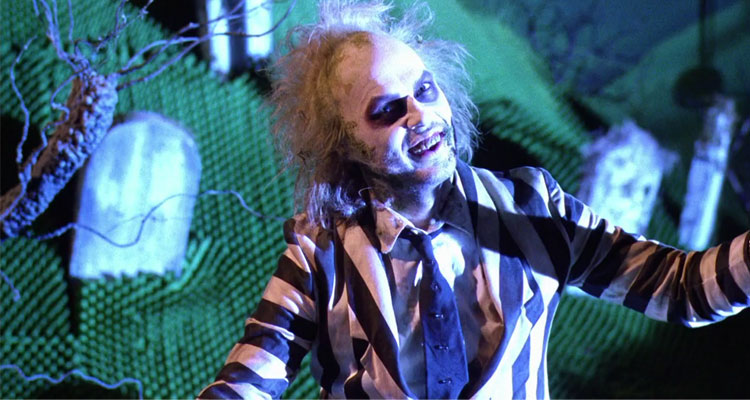 BEETLEJUICE Summoned Back To Irish Cinemas This Halloween!

A seminal classic of the ‘80s, Beetlejuice earned an Academy Award for Best Makeup, was ranked on AFI’s Top 100 list of Funniest American Movies and became part of the zeitgeist.

The film stars Michael Keaton, in one of his signature performances, as the iconic ghost with the most – a freelance “bio-exorcist” who is summoned by a recently-deceased couple, the Maitlands (Alec Baldwin, Geena Davis), to scare off the family that’s taken over their beloved home. But they get more than they bargained for with the fast-talking / insect-gobbling / shape-shifting spirit. Wynona Ryder had her breakout role as the rebellious daughter who befriends the Maitlands.

Watch the original 80’s trailer below