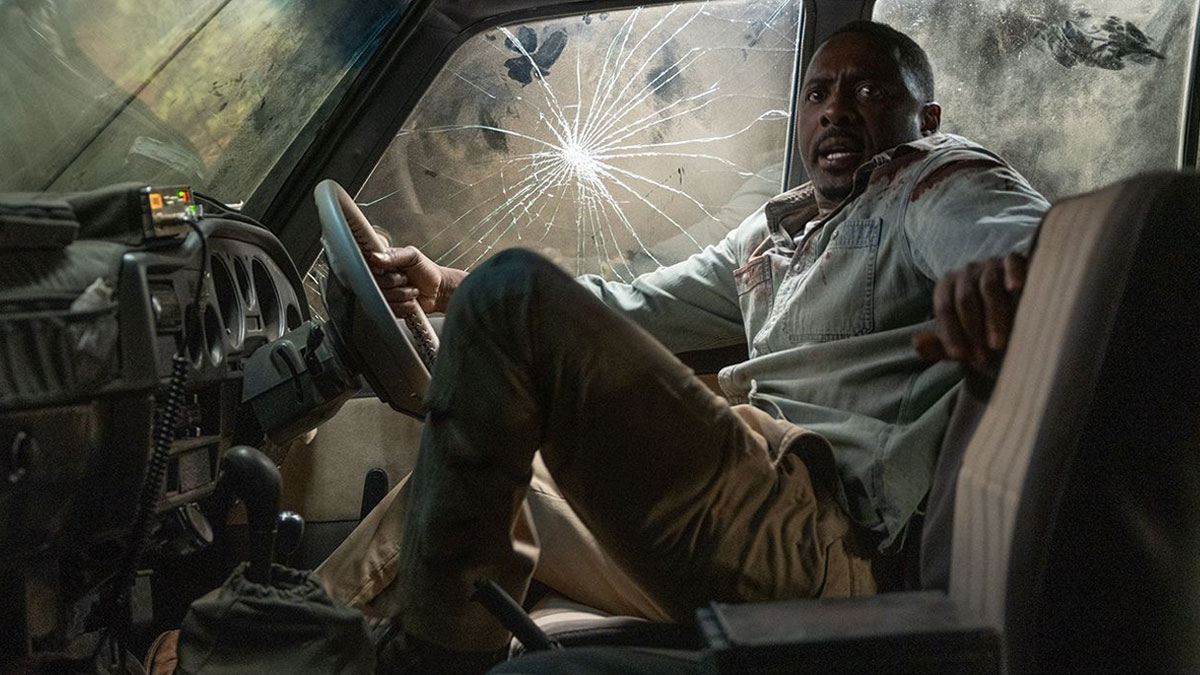 BEAST – Interview with producer Will Packer

Idris Elba stars in Beast, a pulse-pounding new thriller about a father and his two teenage daughters who find themselves hunted by a massive rogue lion intent on proving that the savannah has but one apex predator.  Beast is produced by WILL PACKER, the blockbuster producer of Girls Trip, the Ride Along franchise, whos history with Idris Elba extends back to 2007’s This Christmas and 2009’s Obsessed.

I enjoyed the film’s mix of action with family drama. There is a lot of heart there. Was that the plan?
Good. That was the goal. That’s the plan. It’s always nice when you accomplish what you set out to do. But your reaction is what we were going for: entertaining, fun, yet with heart to balance out the action.

What made you decide that Beast was a film you wanted to produce?
I’m a fan of the survival genre of man versus beast. Be it Cujo, JAWS or The Shallows or even Jurassic Park. I’ve always liked those types of movies. One of the things I thought about very early on was how do we ground it. How do we make it so that it has all the fun survival thrillers elements, but a little bit more because we’ve seen a lot of those types in that milieu? One idea was to make a film grounded with this family that’s in peril and vulnerable long before they ever get to the continent of Africa. It’s a family with a very strained dynamic that is in pain because the matriarch has recently died. Dad, played by Idris Elba, blames himself; the girls blame Dad, but it’s nobody’s fault. They’re going through some tough times and have their own drama, and then you put them into this situation where they’ve got to fight for their lives and figure out how to get past their own internal challenges if they’re going to survive. That made it interesting to get to the next level for me.

You have worked with Idris several times. Do you guys have a shorthand at this stage?
Yeah, I certainly think we do have a shorthand. I know we do. This is our sixth time now. That’s a lot in this game. There was nobody else to play the role. I can’t imagine this movie; it’s a different movie with anybody else in it. I’m a big fan of my guy. He’s not only my collaborator but also a friend. I think he can do anything; I really do. For him, it’s about how can I do something different than I have done before. Having him play this character gave it weight and gravitas. Because, you know, it’s a movie that’s intended to be fun, light escapism, but have undertones of the real stuff that we’re dealing with. It could be super cheesy, depending on how you do it, how you execute it, and who you put in? Between Idris and how he does things and Baltasar Kormákur, our director, how seriously he takes his construction of narrative of existential crisis movies that he has done so well before, that combination is what we needed in order for this thing to really work on multiple levels.

As you say, Baltasar Kormákur has a history of movies about people in peril. Did you choose him because of his background? And are you the type of producer that is collaborative with the director?

Baltasar was absolutely right for it. He gets this type of movie. He understands how to wield the narrative, but we always talked about this being experiential. He did a good job, even with his decision, from a cinematography standpoint, to do long POV tracking shots throughout the film; they put you in the perspective of our characters. That’s very, very well done. In terms of how we work together, I am a very collaborative producer. I’m a creative producer. We talked a lot about the script and a lot about the execution. I’m somebody that believes that I want to support my director and support his vision and give him the tools that he needs in order to execute it, and also help to be another set of eyes, help to be another brain in the creative process, and he and I work together great. I’d work with him again in a heartbeat.

As someone from South Africa, was Sharlto Copley able to offer advice?

No question. He was perfect at advising. We cast him because he was right to play the role, he’s so good, but this is a world that he knows very well, so that was an added benefit. We had a small cast with some really great South African actors, but he had the biggest role. We talked about what the poachers look like; what is that dynamic? How would they interact with Sharlto’s character, Martin, who is an anti-poacher? He was able to give us a wealth of knowledge on all of that. We had done our research, but it’s different hearing from somebody who literally grew up in the environment and knows people that have done this. He was invaluable when it came to making sure that we were as authentic as possible in telling the story.

A big part of a producer’s job is logistics. You had to deal with the heat, real animals, and being far away from a city. How challenging was that?

It requires you to be very prepared when you go into that environment because you don’t have the ability to pivot for something that you haven’t planned for. You can’t suddenly say I think I’ll need a couple of extra techno cranes; you got to have it all planned because you’re five hours away from the nearest city, out deep in the bush. And yes, you are out there in the environment with nature. There are nomadic lions roaming around, and you’ve got a lot of snakes, and everything crawls and slithers, and all that. You’ve got to keep your eye on what the main goal is, of course, making this awesome film, but you have to be prepared to have all the resources there to do it. It’s not a luxurious, comfortable environment. I think that probably benefited the process; it helped the entire crew and the actors to be included in the world we were creating. Sometimes you’re making a movie about outer space, for instance, and most times, none of the people have ever been to space, so it’s just in computers and imagination. It was something different to wake up every morning on that African Savannah, see that sunrise, hear the baboons, and then go out and film a scene in that exact environment.

From a producer’s standpoint, tell me about working with two relatively new actors, Leah Jeffries, and Iyana Halley.

I think the film hinges on the performance of our young ladies. You have to believe these daughters; as actors, they’re going up against one of the best in the game in Idris Elba, which is daunting, but they were both very fearless in how they took it on. Iyana is somebody that is starting to do more and more, you’re going to see her in a lot more stuff. She’s honing her chops and her skill set. She had the unenviable task of being the rebellious daughter. Sometimes you don’t like her; you’re not supposed to like her. She’s exhibiting that angsty cusp of womanhood emotional roller coaster that a lot of people are familiar with. But she does it in not a stereotypical way. She gives it some depth, and you identify and feel for her character. And then Leah is not only our rambunctious young tweener, but she also is our comic relief throughout the film. She is somebody that helped to give us some levity, and that’s not an easy thing in the midst of a movie like this that is so intense. It has many moments where it’s life or death with real stakes, but we needed moments for the film to breathe and give us some pause and levity. Nine times out of 10, Leah’s character gives us that.

Leah has a gorgeous warmth that comes across on screen.

Yeah, that’s a good word for her. She’s very warm, and she’s a genuine person; there’s not a lot of superficiality to Leah. She’s somebody who leads with her heart and bodes well as an actress. She is, without a doubt, one to watch.

Beast is a blockbuster, but it is an intimate one. Were you concerned about selling it to backers who are so used to big, big blockbusters?

That was always the intention. This isn’t a comic book movie; this isn’t a lion that flies in the air and shoots lasers from his eyes.

Maybe, the Marvel version! For this, we always talked about it feeling real. We had conversations. Do we make the lion supersize? Do we make him The Meg of lions? We pushed back against that. One of the things that Baltasar was always really keen on was studying the habits and attributes of lions and how they behave in the wild and how they attack and how they fight and how they self-preserve. Let’s put all that into this character and let the realism be enticing and exciting enough. That’s the scope. It’s about one amazing location with one terrifying antagonist, and the stakes are real. When you’re trapped in the car with them, under the cars, or in the watering hole hiding from the lion, the scenes are played for realism and not for big shock value. That’s never what this film was intended to be. Does it affect its commerciality? I hope not, I hope that the film feels grounded with real stakes and audiences respond, but we’ll see.

What do you want audiences to take away from Beast?

I want them to take away that this is a different version of the survival thriller with different characters in different stakes, but a lot of time and energy was put into trying to make it feel like a real experience. I think it’s a perfect late summer escapist popcorn fare but in the best kind of way. I hope audiences enjoy it because we took a lot of time and had a lot of fun making it, and so I hope you enjoy it.