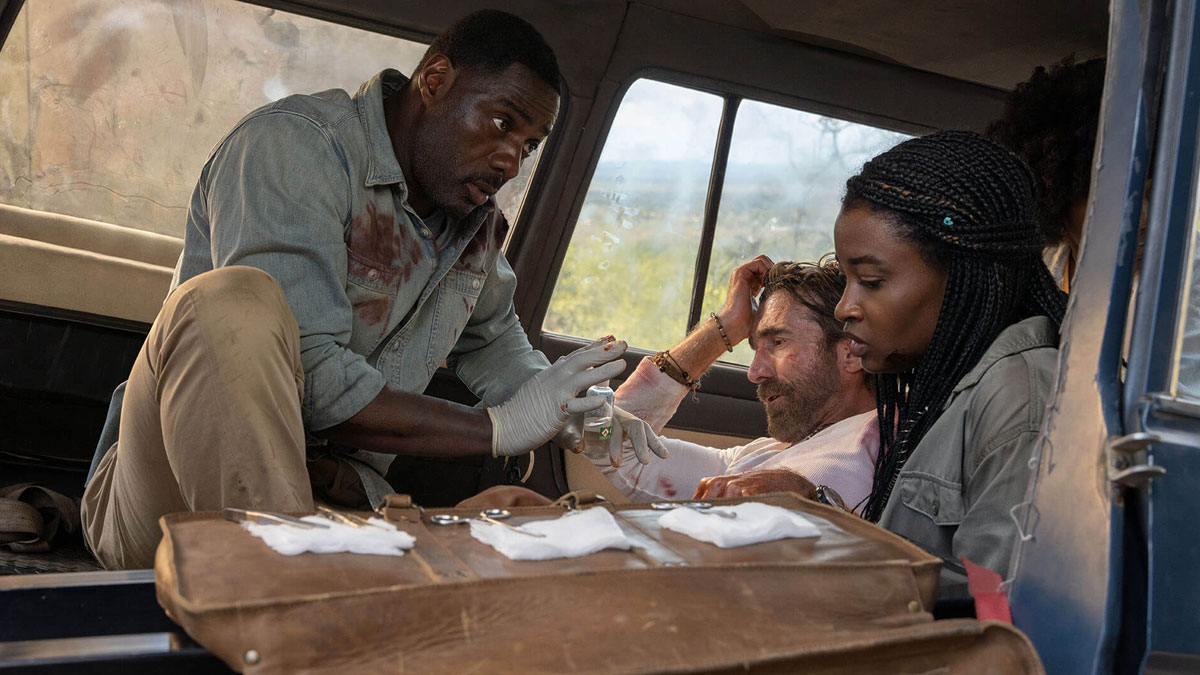 BEAST – Behind the scenes interview with director Baltasar Kormákur

Idris Elba stars in Beast, a pulse-pounding new thriller about a father and his two teenage daughters who find themselves hunted by a massive rogue lion intent on proving that the savannah has but one apex predator. Beast is directed by Baltasar Kormákur, the man behind 101 Reykjavík, The Sea, A Little Trip to Heaven Contraband, 2 Guns and Everest. We caught up with him to talk about his latest film…

What drew you to the story?
When I got the call, it was in the middle of Covid, and I was stuck at home in Iceland. They asked if I wanted to come to Africa and shoot a film with some lions, starring Idris Elba. It sounded like a great idea. When I read the script, I liked the idea of it being a family story, a film about a father and his daughters. I liked the idea of a Black family going to Africa, which Hollywood doesn’t normally do. Most films like this have white people visiting Africa, but this is a twist on it. The girls are going to discover their roots and their mother’s home; Idris’s character is going back to where he met his wife. But most of all, I liked that this film is a metaphor. Overcoming grief, facing an obstacle, and finding the strength to carry on, are all central themes. I had been going through rough times in my personal life and trying to bring my children back together after a divorce. I loved the idea of putting all that into something and making a fun movie. I haven’t done this genre before; I’ve made man versus nature films but never creature features. It’s not purely plot-driven or a complicated story; it’s more about momentum and keeping it throughout the film. I thought that would be an interesting challenge as a filmmaker.

How important was it for you that we get to know these people first before introducing them to the lion? We meet the family and learn about their issues before the peril is introduced. By the time they are in danger, we care for them.
So important, and I was clear about it from the start. When people come to see something that is supposed to be action-driven and fun, they don’t have the tolerance or patience to wait to get to know the people, but if you don’t get to know the people, you won’t have the tolerance to care enough about them. For me, it was about getting the balance of action with tolerance. That’s where Idris’s strength came in as an actor. He is both a great movie star and a great actor. He brought the girls close to him to create a relationship and chemistry. I have never gone on a journey with my kids or family where everything went smoothly. Something comes up, and we’ve all got to deal with it; there’s personal stuff all the time. I have four kids and a stepdaughter, it’s complicated. Life is a survival story. We needed to have realism before all the action kicked off.

Nate is an ordinary man in a terrible situation. He is uncertain and anxious. There is a lot more realism in Idris’s performance than we usually see in this genre. Was that something Idris wanted to portray, or how you wanted him to play Nate?
We were both clear from the beginning; we didn’t want him to come off as a superstar. He’s just a regular dad. He’s in mourning, the girls are not in a great place, especially the older one, and Nate is vulnerable. Both me and Idris have gone through some of that; we know the vulnerability that comes with parenthood. It was very important to see how he grows through the story, becomes stronger, and makes better decisions. In the beginning, it’s a case of what do we do? Nate has never been in this situation, and I wanted to build his change organically. One decision, wrong or right, leads to another decision, wrong or right.

It is a refreshing take on the hero trope; we are so used to people instantly becoming heroes who can handle any situation.
That is what I wanted, something a little more modern that allowed Nate to grow. I can be running set up to 300 people, with the biggest movie stars in the world, and then I come home, I have no control whatsoever. The kids are not doing what I’m asking them; they don’t listen. I think that’s what many of us experience; we might have control in one field and be very good, but we don’t know what to do in another area. Nate is a great doctor, but that doesn’t mean he fights lions just like that.

Your use of long shots makes the action scenes feel immersive. Were they complicated to shoot?
Extremely complicated because we also have animated lions coming in, and we have to time it precisely because it doesn’t allow you to cut around it. You have to get it right on the spot. It puts a lot of pressure on the actors to be precise about their movements. At the same time, once you get going and the shot is there, they get a lot of freedom, almost like they’re on stage because they don’t have to repeat everything at a different angle or reset for close-ups; you’re in the flow. The main reason was that I wanted to do something different and create anxiety for the audience. By putting them in the shot, you’re always in the perspective of the characters. You always feel like something is coming at you. I didn’t want to use long shots when they were sitting and talking; I was only using it to create a kind of claustrophobic anxiety when the action called for it.

You mention claustrophobia; a lot of the action takes place in the small space of a jeep. Did you use a jeep, or is it a green screen or a set?
It was all real. We had three or four cars that you could take various parts off; because of what we were trying to do, we needed to open the car’s sides and come around with the camera, but the car was always the right size. Sometimes you will see a vessel with lots of space inside in sci-fi movies, but when you see it from exterior shots, it looks too small to hold that many people. I wanted them to be stuck in the car, and to make it real, you have to film them in a real place, so no camera tricks, just real cars.

Tell me casting  Leah Jeffries and Iyana Halley, particularly Iyana, who has to go toe to toe with Idris.
We wanted them to be dark-skinned because a lot of time, when Hollywood casts Black actors, they are light-skinned Black actors. Idris has dark skin, and I wanted them to be dark because cinema doesn’t allow that usually. The girls did an interview recently, and it’s so great to play a part where they’re not victimized; they’re allowed to be heroes and strong. Iyana is a more complicated role because she’s giving her father a hard time, but she also has to be vulnerable. Her anger doesn’t come from being bad, it comes from angst, from being a teenager and vulnerable. There were a couple of girls in the running for the part, but Iyana was the strongest. When it came to Leah, there was no competition. She has a little funny bone without trying too hard. She has an energy that I love, and she had this amazing hair in the auditions, which I wanted her to keep for her character, and she did. Idris was very clever in the way that he brought them close to him. They were playful on set; there is a scene where they are singing along in the car, and that was something that they came up with onset while they were waiting for us to film, and we made that part of the film. This is family to me, singing a silly song and saying stupid things. I drove from Denver to Aspen with my family, and five years later my kids are still fighting about who ate all the snacks or did something stupid. That was the energy I wanted for the film.

The film is a fun action film but has a strong environmental message. Was it important for you to get that across?
Yes, we are in a time when nature is striking back at us, whether it’s animals or a tsunami. It doesn’t pick the people who drink with paper straws over the plastic kind; it hits all of us. Nature can’t tell the difference. In the film, the lion has been put in a corner, and he is reacting. I read a lot of articles and essays about lions and how often they strike. It is much more common than people know, but they are striking indigenous people rather than westerners because they’re more exposed to them. We often hear about shark attacks because tourists are the victims, and the media will write about it, but when a lion attacks indigenous people, we don’t hear about it. Lions are finding it hard to get food because of poachers. Then they attack villages and people because people are slow and easy to catch.