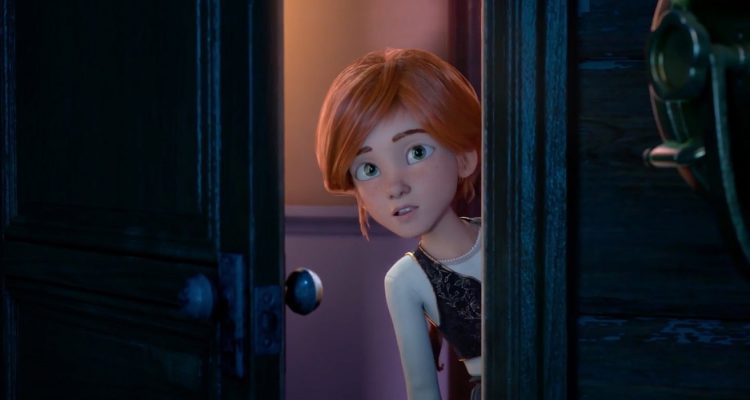 BALLERINA (France | Canada/G/89mins)
Directed by Eric Summer and Éric Warin. Starring Elle Fanning, Dane DeHaan, Maddie Ziegler, Carly Rae Jepsen, Shoshana Sperling
THE PLOT: Félicie (Elle Fanning) has always wanted to be a dancer, but there are few opportunities for her to pursue her passion since she lives in an orphanage in rural France. When she and her friend Victor (Dane DeHaan) escape to Paris, Félicie pretends to be someone else so she can become a pupil at the famed Grand Opera House.
THE VERDICT: ‘Ballerina’ is a cute film aimed at little girls who want to dance. The casting of the ‘Dance Mom’s and Sia music video star Maddie Ziegler as Camille ensures that those with a passion for performance will find their way to the cinema.
Elle Fanning, Dane DeHaan, Maddie Ziegler and Carly Rae Jepsen do fine in their roles as Félicie, Victor, Camille and Odette respectively, but the rest of the voice cast struggle to make their characters emote properly, leaving the film feeling rather dry.
Carol Noble, Eric Summer and Laurent Zeitoun’s screenplay errs on the side of the familiar, and amps up the villainy unnecessarily with Camille and her mother, but although it feels as though we have seen this film before, there is something endearing about the plucky Félicie and her friends. The film could have played with the ideas of gender and expression slightly better than it does, but making the safe choice is understandable when there is an easily built in audience for Ballerina.
Directors Eric Summer and Éric Warin make ‘Ballerina’ a fun affair, although there could have been a little more emotion in the voices of some of the characters, and the bathroom humour that crops up in the film feels rather immature and unnecessary. The music from the film is deliberately anachronistic, and while it works at times, the clash of time periods is often jarring. The film is beautifully animated however, and the streets of Paris look warm and inviting throughout the film.
In all, ‘Ballerina’ is a film aimed squarely at little girls with a passion for dance. Adults in the audience are unlikely to find anything new or exciting in Ballerina, but there is a warm heart to the film, although the story is rather familiar and some of the voice cast could have done with better direction.
RATING: 3/5
Review by Brogen Hayes