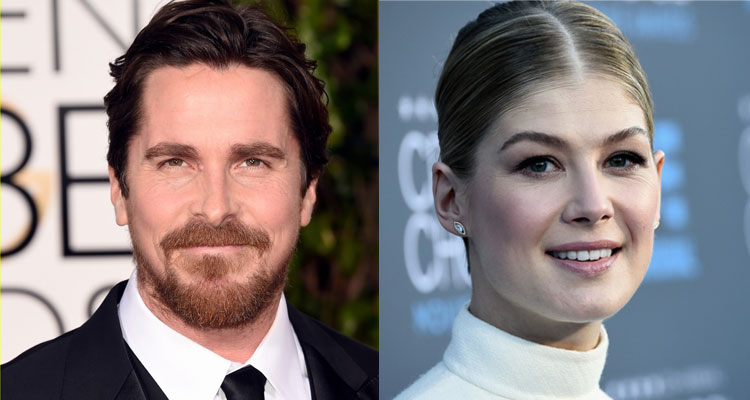 Christian Bale and his ‘Out of the Furnace’ writer-director Scott Cooper are set to reunite for ‘Hostiles,’ a western drama penned by the late Donald Stewart (‘The Hunt for Red October,’ ‘Missing,’ ‘Patriot Games’).

Per THR, the film is set in 1892 and sees Bale playing a soldier, nearing retirement, who is given one last assignment: to escort an Indian chief back to his Montana reservation.

‘Gone Girl’ star Pike will play a young widow who “undertakes the harrowing and perilous journey after the murder of her family on the plains.”

Jon Lesher is on board to produce, along with Ken Kao’s Waypoint Entertainment. Principal photography is scheduled to kick off this summer.