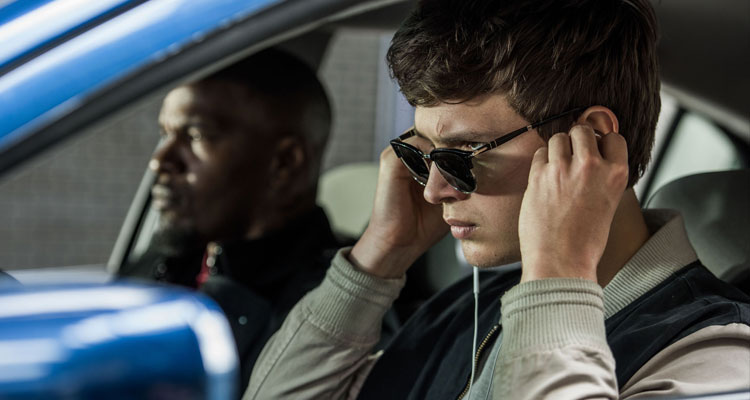 BABY DRIVER (UK|USA/15A/112 mins)
Directed by Edgar Wright. Starring Ansel Elgort, Kevin Spacey, Lily James, Jamie Foxx, Jon Hamm, Eiza Gonzalez, Jon Bernthal.
THE PLOT: Atlanta resident Baby (Ansel Elgort) suffers tinnitus from a childhood accident. He uses a jukebox collection of music to drown out the humming. It also acts as the soundtrack to his exciting life as a getaway driver for Doc (Kevin Stacey), whom he owes some favours. Working with different crews including Buddy (Jon Hamm), Darling (Eiza Gonzalez), Bats (Jamie Foxx) and Griff (Jon Bernthal), Baby is the odd one out but he’s a devil behind the wheels, able to get his crew out of the tightest robberies. Baby thinks he has one job left for Doc, but he’s wrong. Doc isn’t going to let go of his best asset so easily, especially when Baby develops an interest in sparky waitress Debora (Lily James) and wants to break free…
THE VERDICT: In the most recent issue of Empire, Edgar Wright submitted a list of his favourite fan films. Nestled at no. 10 is Walter Hill’s 1978 film ‘The Driver’. It was an influence on ‘Drive’ and is undoubtedly an influence on Wright’s new film ‘Baby Driver’. However, Wright gives the film his own distinctive spin, set against a jukebox soundtrack which must count as among the best of the year. In a summer of superheroes and franchise sequels, ‘Baby Driver’ is a highly original blast not only of fresh air but of adrenaline.
The key component here is the soundtrack. Rather than have a soundtrack that just plays out, Wright has selected the songs to fit the tone of specific scenes, much like George Lucas did with ‘American Graffiti’. Not only that, but the songs are infused into the character of Baby himself. There has to be music playing for him to even be aware of what’s going on. Wright’s screenplay launches you straight into meeting Baby doing what he does best, before shifting down a gear to explore Baby’s backstory and his sweet, tentative romance with Debora. As befits a film about a getaway driver, the pacing is streamlined and moves like a bullet.
The characters are so beautifully written by Wright that the actors don’t even have to do that much. Elgort dials down his performance, letting the physicality and quirky humour of the character take over (he creates songs from snippets of people’s conversations, to amusing effect). It’s a perfect sync-up between the writing, performance and direction. There are also some superb, adrenaline-fuelled car chases and shoot-outs, shot in camera for added realism (no ‘Fast & Furious’ CGI here). Wright also makes excellent use of his Atlanta locations, a refreshing change from the usual New York or Los Angeles setting.
For once, here’s a summer film where you can actually believe the hype. ‘Baby Driver’ is fully deserving of all the accolades it’s been getting. It’s smart, funny, zippy and strongly character-driven (literally). It’s arguably Wright’s best film so far and is super cool enough to become a future cult item.
RATING: 4.5 / 5
Review by Gareth O’Connor