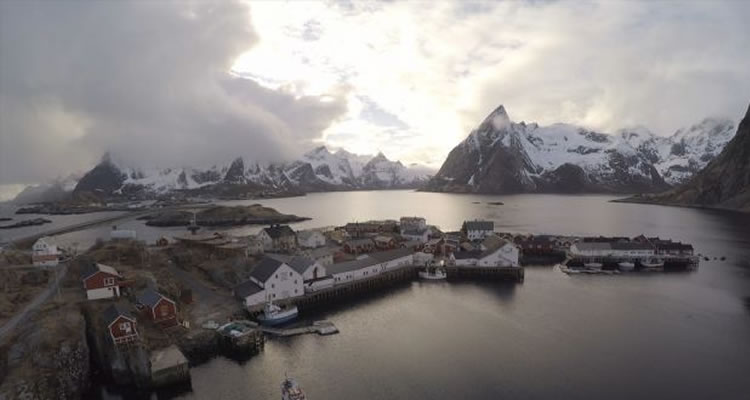 ATLANTIC (Ireland/Club/82mins)
Directed by Risteard O’Domhnaill. Starring Kevin Flannery, Jerry Early, Charlie Kane,
THE PLOT: Examining the current state of affairs when it comes to fishing the Atlantic, we visit three seafaring communities – in Newfoundland, Ireland and Norway – to chart the rise of big business and the near-collapse of local fishing industries. Over in Newfoundland, Charlie Kane is one of the few residents left in the small fishing village of Renews, after chronic over-fishing led to a 1992 moratorium on harvesting cod that was supposed to be in effect for two years but is still going strong 21 years later. In Ireland, Kevin Flannery, a former Sea Fisheries Protection Officer, reflects on Ireland’s joining of the EU in 1973, and the deal that gave the country farming subsidaries in return for the handing over of control of fishing in our waters. Today, the five main fishing ports in the country are dominated by French and Spanish trawlers, with Ireland’s fishermen being given access to just 4% of our own waters, even though we own 25% of the EU fishery waters. Off the coast of Castletownbere, for one local fisherman, checking just how many ships are off the coast on his computer, it’s a feeding frenzy out there – verging on “rape”.
In Norway, they refused to sign up to sign up the EU’s deal, deciding instead keeping their soverignty, and are now the world’s second largest exporter of fish, with an industry that’s worth €9b to their coastal economy every year. Ireland’s return is just 6% of this.
THE VERDICT: Having hit hard with his 2010 documentary The Pipe – charting a small Irish village going into battle with Corrib Gas – Risteard O’Domhnaill has bigger fish to fry in Atlantic, a stealthy, steady look at the fishing crisis that now stretches from the grand banks of Newfoundland to the west coast of Ireland, and on up to the frozen Norwegian artic.
The three ports that O’Domhnaill visits all tell a sad and angry tale, of big business taking over from centuries of tradition, squeezing out communities as profit-chasing again and again buckles the wheel. Where natural resources are stripped for short-term gains, creating serious long-term loss.
It makes for depressing viewing, of course, but Atlantic gets to the heart of the matter with a calm urgency, letting the beleagured and somewhat resigned people directly affected do the talking rather than rely on any headline spinning or edit-room exclamation marks.
Natural resources being swallowed up by big business is a familiar story all over the world today, but, it’s one that needs to be told. And Risteard O’Domhnaill lets his head rule over his heart here, delivering an intelligent, insightful and, ultimately, very moving documentary.