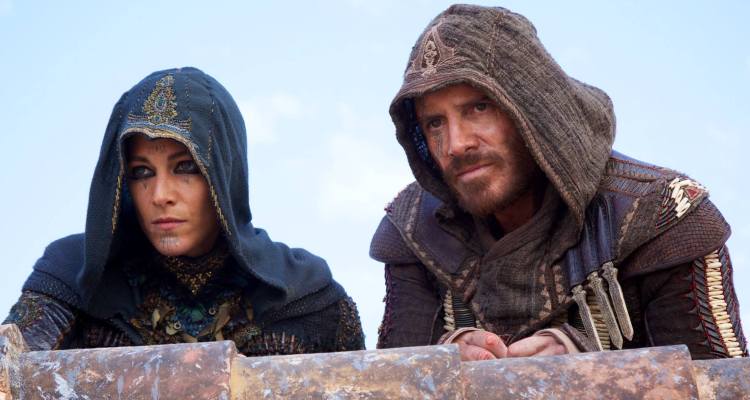 ASSASSIN’S CREED (UK | France | Hong Kong | USA/12A/108mins)
Directed by Justin Kurzel. Starring Michael Fassbender, Marion Cotillard, Jeremy Irons, Michael Kenneth Williams, Denis Ménochet
THE PLOT: Death Row inmate Cal Lynch (Michael Fassbender) has his sentence carried out, or so he thinks, until he wakes up in a facility in Madrid. Upon awakening, he is told be Sofia (Marion Cotillard) that he is to enter a machine named the Animus, to explore the memories of his ancestor Aguilar, an Assassin who gave his life to protect the fabled Apple of Eden from falling into the hands of the Knights Templar.
THE VERDICT: Based on a video game of the same name, ‘Assassin’s Creed’ reunites the director and two stars of last year’s ‘Macbeth’ – Fassbender, Cotillard and Kurzel – and attempts to break the curse of video games being turned into movies. The trouble is that issues arise in the film that cannot be addressed, and since the audience is a passive spectator rather than an active gamer, the narrative problems that arise are directly due to translation from small to big screen.
Michael Fassbender does fine in the dual role of Cal and his ancestor Aguilar. It is clear that the actor has a lot of fun with the action sequences in the film, but other than being a bit of a bad dude, we learn little about Cal and his motivations for taking part in the experimental DNA time travel. Marion Cotillard has very little to do as scientist Sofia, but as usual she is a magnetic presence on screen. Jeremy Irons gets to loom over everything as Rikkin, and the rest of the cast features Brendan Gleeson, Charlotte Rampling, Michael Jenneth Williams, Denis Menochet and Ariane Labed.
Michael Lesslie, Adam Cooper and Bill Collage sets itself alongside the timeline of the video game, and introduces new characters for the sake of movie storytelling. There is plenty in the film that feels as though it belongs in a video game, including some pretty terrible dialogue, and plotholes that undermine the emotional heart of the film, such as a man whose free will has been taken from him since he is living through the memories of his ancestor, fighting for the world to keep its free will. It seems that this particular niggle comes from the move from active gamer to passive audience member, but it is one that niggles nonetheless. As well as this, the central conceit of time travel through the memories of ancestors infused in our DNA is a weak one, one that does not work on screen the way it must have in the games, and it is difficult to come to terms with a central idea that makes little logical or emotional sense.
As director, Justin Kurzel seems to have focused on the physical rather than the emotional, and it is true that Michael Fassbender can pull some strong fight poses, but the way that the many set pieces of the film are shot means that it is hard to see the fight choreography at times, much less discern who is fighting whom. As well as this, the characters are thinly drawn, which may work for a video game where – again – the player is an active participant in the game, but it is hard to root for characters that we know little about, and others who are unapologetic killers who happen to have useful ancestors.
In all, ‘Assassin’s Creed’ is not quite as bad as many have feared, but it is a film that lacks an emotional heart, populated with thinly drawn characters and set pieces that are difficult to watch. There is talk of Fassbender wanting to make this franchise a trilogy, but in order to do so, there are big issues with ‘Assassin’s Creed’ that have to be fixed first.
RATING: 2.5/5
Review by Brogen Hayes