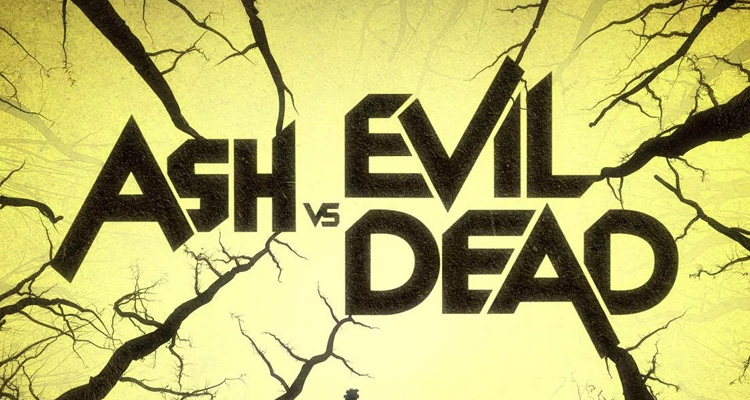 Groovy! Check out the full press release below…

The STARZ Original series officially titled ‘Ash Vs. Evil Dead’ will be 10 half-hour episodes. Bruce Campbell will be reprising his role as Ash, the stock boy, aging lothario and chainsaw-handed monster hunter who has spent the last 30 years avoiding responsibility, maturity and the terrors of the Evil Dead. When a Deadite plague threatens to destroy all of mankind, Ash is finally forced to face his demons –personal and literal. Destiny, it turns out, has no plans to release the unlikely hero from its “Evil” grip.

“Starz first worked with Sam and Rob on ‘Spartacus,’ and we are thrilled to be back in business with them,” said Carmi Zlotnik, Managing Director of Starz. “With Sam writing and directing and Bruce Campbell returning to the screen, we are certain the show will give Evil Dead fans around the world the fix they’ve been craving.”

“Evil Dead has always been a blast. Bruce, Rob, and I are thrilled to have the opportunity to tell the next chapter in Ash’s lame, but heroic saga. With his chainsaw arm and his ‘boomstick,’ Ash is back to kick some monster butt. And brother, this time there’s a truckload of it,” said Raimi.

“STARZ has always been a great creative partner and we are excited to be working with them on this project,” said Robert Tapert.

The original ‘Evil Dead’ film followed Ash and his friends who travel to a cabin in the woods, where they unknowingly release demons intent on possessing the living. The film became an international success and is critically lauded to this day as one of the best horror movies of all time. It also spawned a media franchise, including two sequels, as well as video games and comic books and a recent reboot that grossed $97 million worldwide.