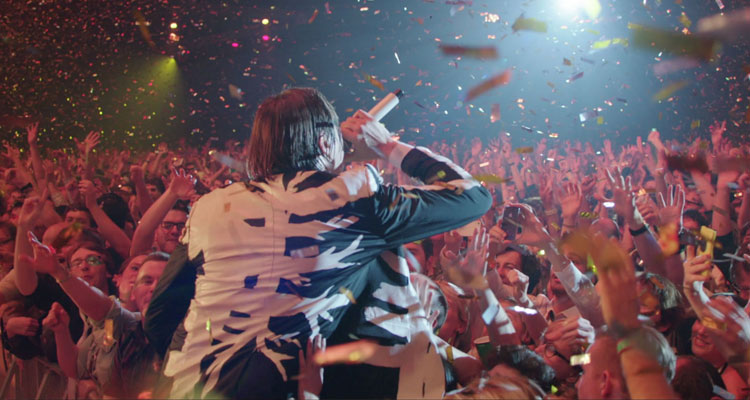 Tickets for the screening (including a pre- party at the Light House Bar with music, themed drinks and games) are €10 and are available from lighthousecinema.ie.

In addition to the screening at Lighthouse Cinema, Galway’s Eye Cinema and the Roisin Dubh will host a screening party on September 24th. Information and ticket prices can be found at eyecinema.ie.

The film recontextualizes the album experience, transporting the viewer into a kaleidoscopic sonic and visual landscape. It charts the band’s creative journey as they lay foundations for the album in Jamaica, record in Montreal and play an impromptu gig at a Haitian hotel on the first night of Carnival, before bringing their breath-taking live show to packed arenas in Los Angeles and London.

THE REFLEKTOR TAPES blends never before seen personal interviews and moments captured by the band to dazzling effect, and features 20 minutes of exclusive unseen footage, filmed only for cinema audiences.

You can check out a trailer for THE REFLEKTOR TAPES below.

The following cinemas will also be screening the documentary/concert film for one night only, September 24th: