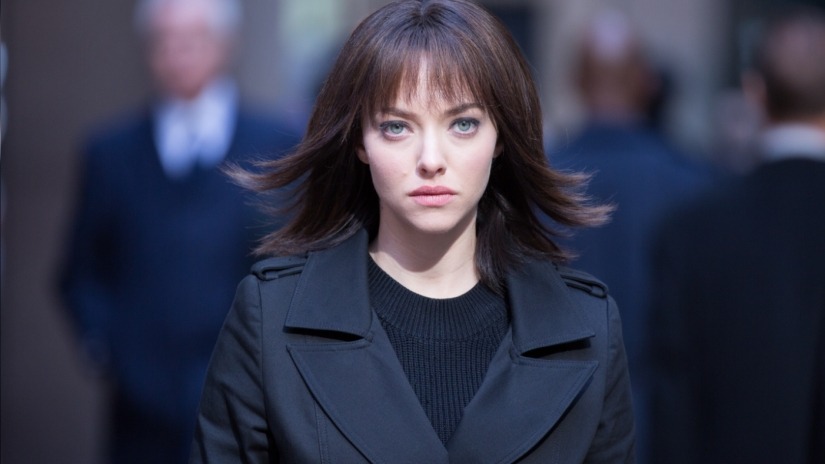 The Plot: Manhattan, the near future. Crime has been virtually erased, due to everyone’s memories being recorded and stored in The Ether. Retinas have been genetically modified so that people can have ‘Terminator vision’ i.e. meta data on their environment, people and objects around them. The evidence is there to be found and the criminal can be caught later on. Police detective Sal (Clive Owen) and colleague Charles (Colm Feore) are investigating a series of murders, which are committed by someone who leaves no digital footprints. The impossible has become possible – anonymity has resurfaced. Sal’s attention is drawn to a mysterious woman, Anon (Amanda Seyfried). She’s a hacker who masks her identity and can digitally scrub people’s memories. Is she the person he’s been hunting?

The Verdict: Kiwi director Andrew Niccol has established himself as a man with a singular view of future worlds that are not all dissimilar from our own. Films like Gattaca and In Time posited worlds that could happen in the next decade, rather than the next century. His new film Anon shares similar cinematic DNA with the next generation futuristic elements of Strange Days and the thriller elements of Eyes Of Laura Mars. However, this film is very much its own beast. It’s got the distinctive digital stamp of its writer/director, who has a coolly calculating view of human beings and their behaviour.

The film is a little disorienting at first, as the visual look and style of the film settles onto your own retinas. Niccol switches regularly between the camera’s objective third-person view and then Sal’s own subjective point-of-view, where we can see meta data on his environment. Not just him, but other characters when required. This is helpfully translated through alternating aspect ratios, so you know where you stand. With a touch of Brian De Palma aping Alfred Hitchcock, there’s a strongly voyeuristic aspect to the film. Niccol is pushing audience buttons, making us silent, complicit observers in the murders and crime scene investigations.

This would all be just showy theatrics, unless it was rooted in an involving, evolving story. Thankfully, there is one. The developing attraction between Sal and Anon harkens back to film noir, with a dogged detective falling for a seductive femme fatale. Niccol gives it a spin here, encouraging Owen and Seyfried (both excellent) to push their characters just out of reach for the audience, so we never quite know what they’ll do next. While this draws you deeper into the story, it also puts you at a distance from the characters. They’re just a bit too dark and cold to engage with on an emotional level. The denouement is also a bit rushed and needed more time.

However, there’s much to admire here. The visual style of the film is impressive, with Niccol framing his characters against an indifferent cityscape and lush apartments of glass and steel. There are no flying cars here. In fact, the cars look slightly retro. It’s future now, rather than a distant future. Christophe Beck’s subtle score adds a dark undercurrent to the visuals as well. Anon is distinctive enough to not anonymously disappear into the ether. It may be a little too cool (in temperature and style) to have mass appeal, but admirers of Niccol’s work so far will enjoy being hacked into his unique world view.