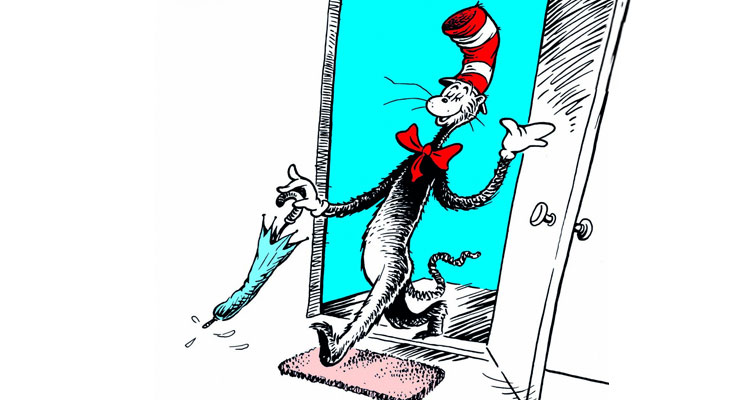 It has been announced that Warner Animation Group, the animated film production arm of Warner Bros. Pictures, and Dr. Seuss Enterprises, L.P. are teaming up to produce multiple feature films based on the iconic characters and stories created by Dr. Seuss, aka Theodor Seuss Geisel.

A fully animated version of the children’s classic ‘The Cat in the Hat’ will be the first project developed under this partnership. The beloved character was previously adapted to the big screen with the 2003 live-action movie starring Mike Myers; although it was considered a disappointment.

“Our Pictures Group is home to some of the world’s most popular film franchises, and we’re honoured to add Dr. Seuss titles to that roster,” said Warner Bros Pictures Group chairman Toby Emmerich. “With Warner Animation Group, we’ve really revitalized our feature animation activities, and this partnership with Dr. Seuss Enterprises will continue our move into world-class, wide-appeal animated fare.”

Dr. Seuss Enterprises president Susan Brandt added, “For generations, Dr. Seuss has entertained and delighted children and adults alike with his whimsical tales. Our partnership with Warner Animation Group continues those efforts by reimagining the beloved characters and stories for theatre-going audiences, while keeping the integrity of Dr. Seuss’s vision intact.”

Allison Abbate, Executive Vice President over at Warner Animation Group, will manage the partnership on behalf of the studio. The team is currently in the process of assembling writers, producers and directors for the Seuss projects.

‘The Grinch,’ a prequel to ‘How The Grinch Stole Christmas’ with Benedict Cumberbatch voicing the title character, remains on schedule for release November of this year. That film comes from Universal Pictures-based Illumination Entertainment, which also delivered the 2012 take on Dr. Seuss’ ‘The Lorax.’