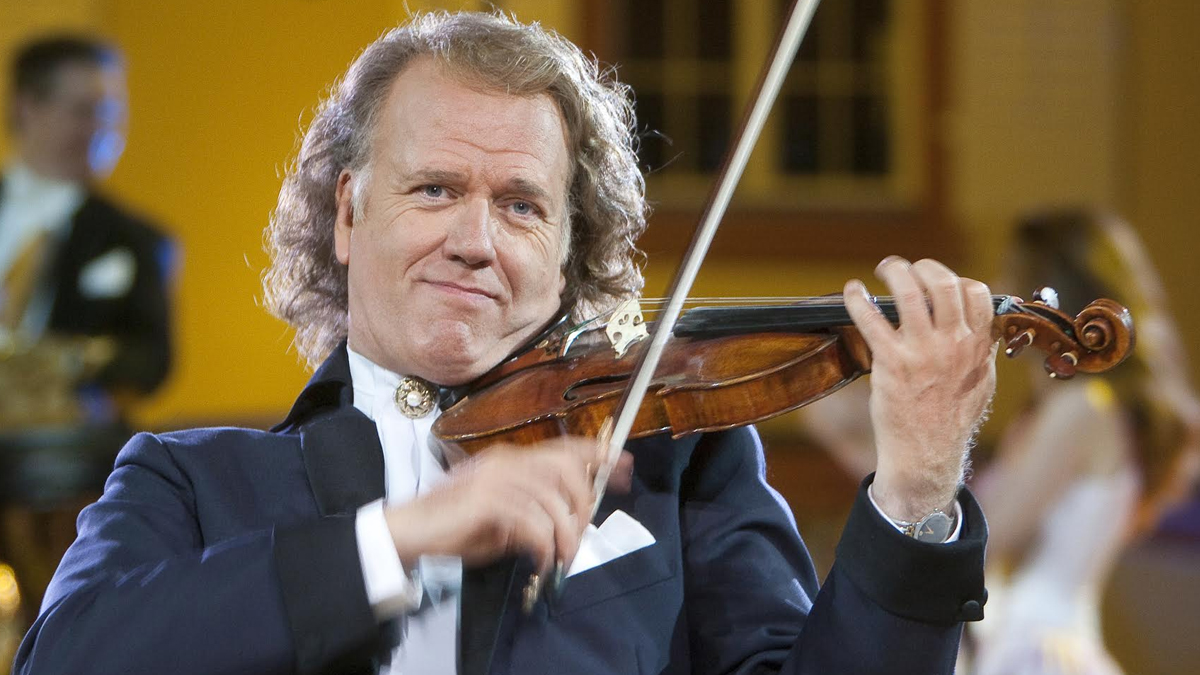 ANDRÉ RIEU Interview for his Together Again cinema event

The ‘King of Waltz’ is back! For summer 2021, as silver screens finally open their doors, the biggest music cinema event returns as world renowned violinist André Rieu brings Together Again exclusively to a cinema near you, on 28th and 29th August for one weekend only.

To celebrate André’s impending return to live performances, Together Again is an all-new spectacular of some of the maestro’s favourite performances and shows, from Sydney to Mexico City, Bucharest to New York, his favourite show tunes, operatic arias and dance numbers, guaranteed to bring back the much loved André magic.

Speaking about the cinema event, Andre shares: “My orchestra and I cannot wait to perform for you live on stage again and see you smiling, kissing, singing, and dancing in front of us, happy and carefree! And very soon this will be possible!

To shorten the wait and increase your anticipation, I am very excited to announce the release of this wonderful new concert film in your local cinemas. ‘Together Again’ is a wonderful and emotional reminder of how it was before the pandemic and how it will soon be again.

Thank you for being my guest at this very special cinema event this summer, and see you soon, when my orchestra and I return to  Ireland in 2022!”.

Presented from his hometown of Maastricht, André reflects on the last year, his memories of performing around the world, and on looking forward to bringing new concerts to his fans globally. Speaking candidly with host Charlotte Hawkins, André is also reunited with his beloved Johann Strauss Orchestra for the first time since the start of the pandemic.

Welcome Back , it’s been a long 16 months , what have you been doing during lockdown ?
My Johann Strauss Orchestra and I had our last concert in March 2020 in Tampa, Florida. Since then we have not been able to perform, which was truly heartbreaking for all of us. Fortunately since last month we are now able to rehearse and record new albums again in my studio in Maastricht. I cannot sit around doing nothing, so I spent a lot of time baking huge cakes for the whole street. I love to watch cooking videos on youtube when I am on tour, and now I’ve discovered baking as well. Also, I started to learn Spanish with the comic books of Tintin, which I already enjoyed as a child and used to learn French. Now I hope to be able to moderate my concerts in South America at least in part in Spanish.

What can Irish audiences expect from your new cinema special ?
The cinema special is a wonderful reminder of how it all was and how it will soon be again. We want to celebrate our impending return to live performances. It is a selection of my personal favourite moments from all over the world, which I chose together with my wife Marjorie. So you can look forward to performances from Sydney to Mexico City, Bucharest to New York, film music, operatic arias and waltzes, which will hopefully bring some magic into your lives again.

When did you first perform and where ?
In 1978 I founded my first small ensemble the Maastricht Salon Orkest. But since I absolutely wanted to play the waltzes by Johann Strauss, my favourite composer, I needed to expand my orchestra and in 1987 I founded the Johann Strauss Orchestra with 12 members. Now we are 60 musicians including the chorus, and I think it is the biggest private orchestra in the world. Our first performances were in small theatres, until our big breakthrough in 1994 when I performed at half time Champions League Game Ajax Amsterdam vs. FC Bayern Munich.

Can you name one or two of your favourite songs that you love to perform ?
There are a lot of songs that I love to perform, but my favourite is The Beautiful Blue Danube by Johann Strauss. For me, it is the perfect waltz. Simply beautiful. I play it in all my concerts and the audience jumps out of their seats and dances to it! I heard they also do it in the cinemas, which I think is wonderful!

Which songs really move your audience to tears and to laughter ?
In my concerts you will see people dance, sing, cry and laugh. Emotions are the key. If a song touches my heart, I know it will touch yours too. Some songs, which I think will move the cinema audiences to tears are “The Rose” from the beautiful Flower Island Mainau at Lake Constance, The Lonely Shepherd, recorded on the wonderful square in Bucharest or Somewhere over the Rainbow from Maastricht. And everybody will laugh and dance along to Kalinka, Macarena performed by Los del Rio or Mambo Nr. 5 with Lou Bega. Such, such fun!!!

For the first time your youngest son Pierre will interview you as part of the cinema screening .Are you nervous on what he will ask you ?
Haha! No, I’ve been interviewed by my son Pierre several times and of course he only asks me nice questions. He’s very much involved in my company, as is my wife Marjorie. I think we’re the biggest family business in classical music or maybe even the world of music.

You are back in Dublin next April have you ever managed to visit any of the attractions there and when in Ireland what do you like to do ?
I vividly remember meeting John Sheehan at a pub in Dublin and performing with him together. The next day I invited him on stage during my concert and the audience went wild. I’ve yet to visit some of Ireland’s major attractions, as we usually travel directly to the venue, but I’ve said many times in interviews that the Irish audiences are the most fun to play for and meeting the people is the most important thing for me when I travel. The Irish sense of humour is just fantastic. I cannot wait to be back to Dublin in 2022. For the first time, we will play three Live concerts there, for which I do hope the cinema performances in August already get you in the right mood!