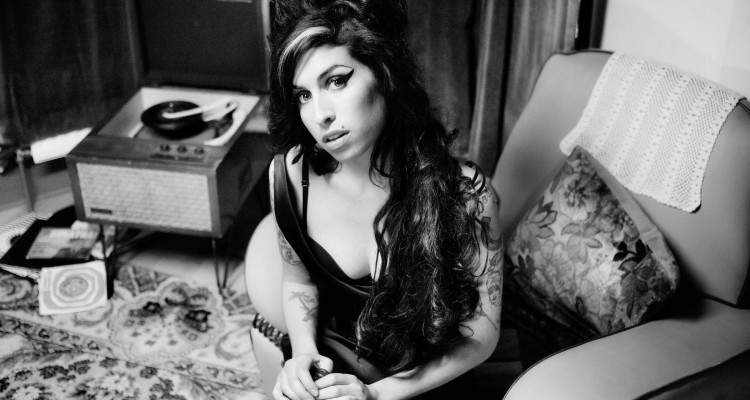 AMY – Behind the Scenes with director Asif Kapadia

Charting the soulful rise and slippery, slovenly fall of Amy Winehouse, Asif Kapadia has created a heart-breaking torch ballad of a documentary. The only person who doesn’t like it is Amy’s pop.

As with his incredible 2010 documentary SENNA – which jigsawed together the life of Brazilian Formula 1 legend Ayrton Senna’s life entirely through existing footage – with Amy, British filmmaker Asif Kapadia has painstakingly pieced together the rise and tragic, fatal fall of the late Amy Winehouse to incredible effect.

As interviews with those who knew and, in some cases, truly loved Amy are played over and interspersed with home movies, backstage footage and, later, TV and radio appearances by the South London soulster, we get to fall in love with a wide-eyed girl from Southgate who managed to find the sweet spot between Millie Jackson and Billie Holiday.

As fame took hold in the aftermath of the international hit ‘Rehab’, and the towering, multi-platinum-selling break-up album that spawned it, ‘Back To Black’, we quickly realised that there was some real blood on these tracks.

Already a major hit on the festival circuit, and an obvious future awards winner, Kapadia’s AMY hits all the right notes – even when its subject’s life was becoming more and more off-key. We caught up with the acclaimed director as he took a 20-minute break from shooting his latest film, the Azerbeijan-set WW1 drama ALI AND NINO…

One hundred or so interviews, 20 months in editing – always have a clear picture of the finished film here?
ASIF KAPADIA: To be honest, no, I didn’t really have a strong idea of what the film would end up being when we started. I didn’t know Amy’s story when I started out. What dictated the film were the people we spoke to, and the fact that the same thoughts would be said again and again by different people, people who didn’t know each other. That’s when we’d recognise recurring themes here…

You’ve said that making SENNA was ‘amazing’, whereas making AMY was ‘bloody stressful’ – all good now, or is this Heart of Darkness is still fresh in your mind?
AK: I think, one by one, pretty much everyone has come out and said it was a good process. That getting this off their chests, and not feel like they’re alone. And for other people, even though they may say that they don’t come out of it very well, the film is honest. And Amy comes out of it very well, and they can see the person that they fell in love with, or really liked, really cared about, and there is still a lot of guilt and unease, but the film’s honesty has helped a lot. I’d say 99% of the people involved have said that, on the record or off the record.

The 1% including Mitch Winehouse, Amy’s father, who has been very vocal in his disapproval of your documentary, stating that the filmmakers here should be ‘ashamed’ of themselves. Did that surprise you?
AK: I wouldn’t say that it surprised us – I would just say that when you’re putting the film together, you follow the direction the film itself is going, and the evidence was all pointing in this direction. It was something that a lot of people were mentioning in interviews, and the footage showed it too. What were we to do? Make the film or not make the film? Are we going to be honest, and reveal what was going on? We had to be honest, to Amy, and to the people around her, who trusted us and spoke to us. We had to show just a hint of what was going on, knowing that some people might not be happy with it.

A wasted talent in more ways than one – did your feelings about Amy evolve through the making of this documentary? Or was it always a love letter to an old neighbour who didn’t make it through London’s recent heroin-fueled years?
AK: The more we saw, the more we liked Amy, and the more we felt bad about what had happened to her. Particularly the early footage. The early footage was a real game-changer, seeing how clever she was, how funny she was, and you just think you’d love to meet this person. She was a laugh, she was pretty cool – she just didn’t her own thing.

Everyone’s a budding DA Pennebaker now, thanks to social media, and the constant rolling of cameraphones. Footage must have been endless when it came to Amy’s paparazzi years…
AK: To be honest, the iPhone generation comes in a bit later. So, at the beginning, it’s all mini-DV cameras and all that. Middle-class kids whose parents have some money, and so you end up with some footage there. The later years, as the cameraphones started to take a hold, the footage just gets a little worse. It looks like there’s more material than there actually was in the end.

As with any tragically young death, it becomes a Whodunnit for some people; there’s a need for a villain of the piece – whether it’s Courtney Love, Dr. Conrad Murray, a ham sandwich or Mitch Winehouse. In the edit, you can paint pretty much anyone as a hero or a villain – hard not to point the finger of blame here…?
AK: Yeah, it is very easy to make those kind of calls in the edit, which is why we spent so much time trying to get it right. I hope we haven’t taken any easy options, I hope we haven’t been lazy about it. We just wanted to show how complicated life was around Amy. People doing things that they didn’t think were that terrible for her, but, when you add them all up, you realise it wasn’t really a great idea. So, we’re not trying to point the finger at any one individual. A lot of people made a lot of decisions which, when put together with her decisions, and the issues that she had from a very young age, it just became this very dangerous mix. It was explosive from the very early stages…

In Turkey, and back in fiction, after THE WARRIOR, THE RETURN and FAR NORTH. Is ALI AND NINO a walk in the park after AMY, or is the making of every film its own particular pain in the ass…?
AK: It’s a nightmare! All these egos, all these people! All films are hard, to be honest, but with both SENNA and AMY, we had a core crew of ten or twelve people – which is really nice. It was a group of friends, and you become like a family. When you’ve got a cast and crew of over 200 people, and you’ve got to somehow keep them all moving in the same direction at the same time, it’s like moving an army around. It’s really demanding, mentally and physically, and it just amazes me how any film gets made.

Given the reaction to SENNA and to AMY, do you have another subject in your sights yet…?
AK: Really, I never know what I’m going to do until a project comes along. So, I don’t have a project lined up, or a documentary lined up. I need a break. I need my voice to recover. I’m always tempted to go off in the completely opposite direction to what people are expecting.

Given the high praise for SENNA and AMY, surely Hollywood would happily put you behind the camera for one of their big feck-off blockbuster movies? You could kick AVENGERS into hyper-space…
AK: I think you’re right. I think that’s what I’ll do. It would have to be deep space, of course. Because I’m such a deep, deep filmmaker…