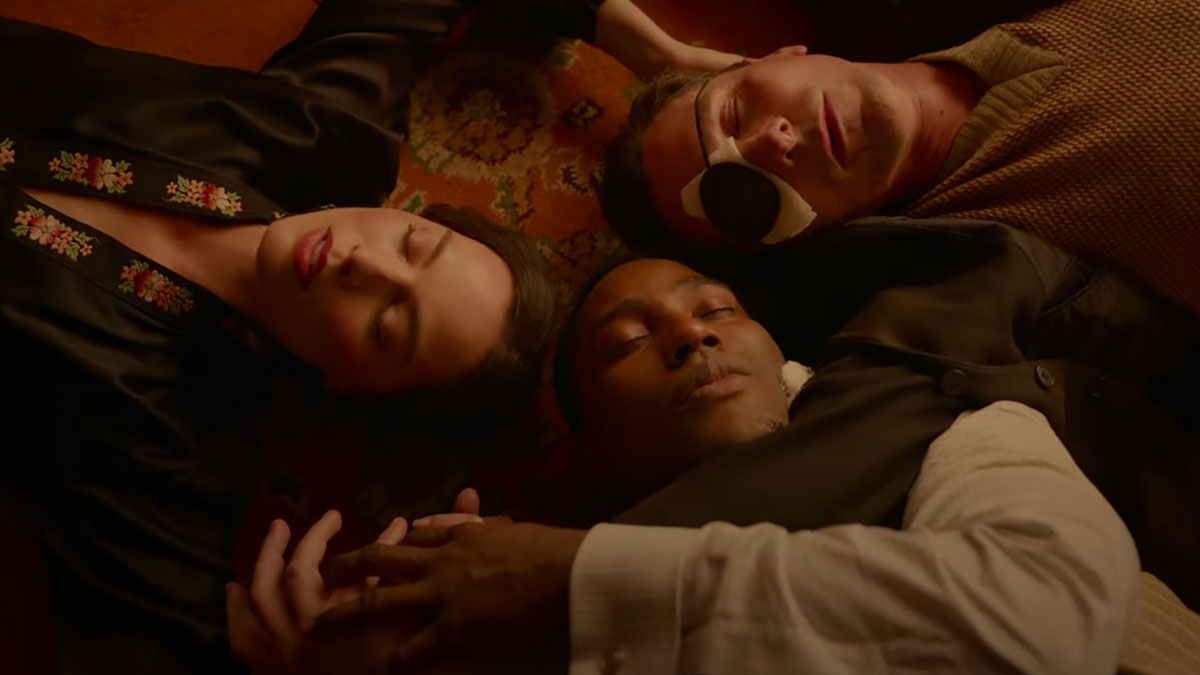 The Plot: New York, 1933. Having served together in WWI and subsequently become firm buddies and business partners, doctor Burt (Christian Bale) and attorney Harold (John David Washington) find themselves at the wrong end of a conspiracy. Framed for a murder of a client they didn’t commit, they try to clear their names by proving their bona fides to the police. This brings them into the surprise orbit of Valerie (Margot Robbie), a former member of the triumvirate and former flame of Harold. With the gang back together again, they encounter a roster of characters – some of whom don’t have America’s best interests at heart…

The Verdict: Has David O. Russell got the best casting agent in the industry… or has he established enough street cred with films like Silver Linings Playbook and American Hustle to attract as much star talent as he can with his films? Maybe it’s both, as he’s very much an actor’s director who writes colourful, jumping-off-the-page characters that crackle into three-dimensional life. No wonder the cream of acting talent is attracted to his films and so it is with his latest opus Amsterdam which packs in several Oscar winners and a name actor in almost every role. As with Terry Gilliam’s Brazil, the title is something of a misnomer – alluding more to a state of mind than the actual place. In Russell’s film, Amsterdam comes to represent the beginning of a beautiful friendship, fast forwards (or flashes back) over a decade and then tests the mettle of that friendship to see if those old bonds still have familiarity and strength in them.

‘A lot of this actually happened’ proclaims Russell at the start of the film. It’s best to take that with a bucketful of salt, given how outlandish the plot actually is. It essentially focuses on three main characters and loyal friends caught up in a political and societal conspiracy involving a revolving door of New York characters. Hence, the starry cast that flit in and out of scenes like they’re entering stage left or stage right and playing up the theatricality of it all. It’s a wonder there’s no panto-style encore at the end. It’s undeniably fun watching so many familiar faces pop up and immediately mark themselves out (a hilarious Mike Myers in particular) as part of Russell’s repertory group. Russell is talented at writing characters who are not only characters in their own right but also have character (if that makes sense). This extends to his three leads as well, with a typically engaged Christian Bale showing a surprising touch for physical comedy, John David Washington being serious and driven and Margot Robbie being the heart of this friendship. It’s an entertaining triple act that also plays off well against a screen veteran like Robert De Niro (Russell’s lucky charm).

It’s a shame then that with so many great characters, Russell writes them into a plot that is quite frankly an unhealthy dose of double dutch. It’s so convoluted and all over the place that it becomes exhausting keeping up with who is trying to cross/double cross whom, where and why. The shenanigans balloon to national and even international proportions, losing focus in the process as our trio are threatened to be consumed by shady forces beyond their control. As a result, it’s very much the impressive cast that keep the film’s comedy bobble head just above the waterline. It’s as if they’re compensating for a lack of directorial control over the script, which Russell never really reigns in to form a satisfying whole. Russell’s directorial voice is somewhat muted here compared to his other films which were so distinctive. Too much of a good thing can be bad for you, so perhaps ambition went to his head this time around. Amsterdam is moderately entertaining and is carried on the shoulders of its cast, but it’s ultimately too scattershot to be the film it wants to be.