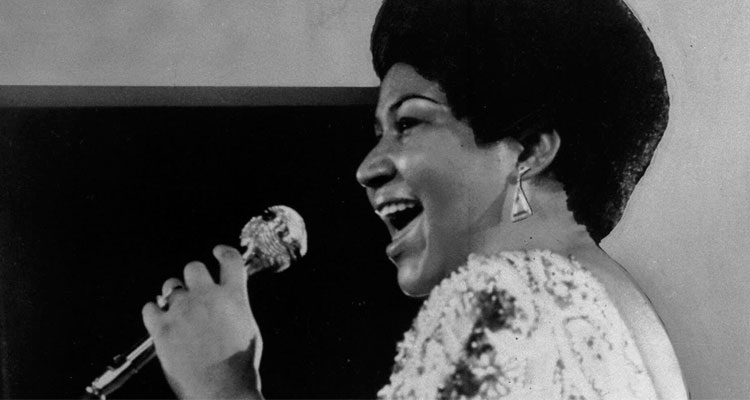 The Plot: Los Angeles, 1971. At the height of her career, the Queen Of Soul Aretha Franklin decided on a change of pace. She went back to her roots in the gospel music that her reverend father raised her on. With the help of Reverend James Cleveland of The New Temple Missionary Baptist Church, she spent two nights singing to an enthusiastic audience in this church. The result was Amazing Grace, the best-selling gospel album of all time. There’s more though. The performance was filmed by fledgling director Sydney Pollack. For technical reasons though, the film was unfinished and unseen – until now. For the first time, audiences can experience what those two electric nights were like…

The Verdict: 9 months after her death at the age of 76, the legacy of Aretha Franklin can still be felt. She was a truly unique talent, with a soulful voice that seemed heaven-sent. Hence, Amazing Grace. It’s a concert film about gospel music that captures the boundless energy of that recording – but with a cinematic flair from the late Sydney Pollack, along with the help of music enthusiast Alan Elliott. It’s not so much a documentary, but a document. A living, breathing, soul-singing document that offers a glimpse into the past but with a timeless aspect too. Other than a brief but important reference to the US Civil Rights movement from Reverend James Cleveland, this film is all about Ms. Franklin, her music and how she engaged with a crowd to a rapturous reception.

Apart from the heavenly music, which includes Franklin giving a barnstorming gospel interpretation of Amazing Grace, this film is as much about interaction as it is about a particular moment in her life. Going against the standard studio recording, she wanted to record live in front of an audience to get a more visceral reaction. She certainly got that. While it’s one thing to hear it, it’s another thing to see it. Watch as the audience, including one Mick Jagger, get up, clap and dance around the aisles. It becomes too much for some, as Revered Cleveland breaks down during Franklin’s rendition of Amazing Grace. Franklin whips up the choir, who respond in kind. Sweat towels get thrown about. A fight breaks out between two ladies with handbags for an unspecified reason.

That’s not to suggest that the show goes out of control. If anything, it’s very peaceful and the audience is respectful of the recording environment. The Baptist Church becomes its own small world in which Franklin is the shining star, commanding her live audience just as much as she’s commanding the audience in the cinema. It’s infectious – don’t be surprised if you just want to leap up, clap and start dancing around the screen. If ever there was a film perfect for a sing-a-long screening, it’s this one. Despite his inexperience with concert films at the time, Pollack knows where to train his camera and isn’t bothered by things like him or his camera crew occasionally appearing in the frame. There’s a more organic feel to the film because of this. But it’s Franklin who impresses the most with her music and performance, full of heart, soul and optimism. In these uncertain times, we could use a dose of that right now. Amazing Grace is amazing indeed.