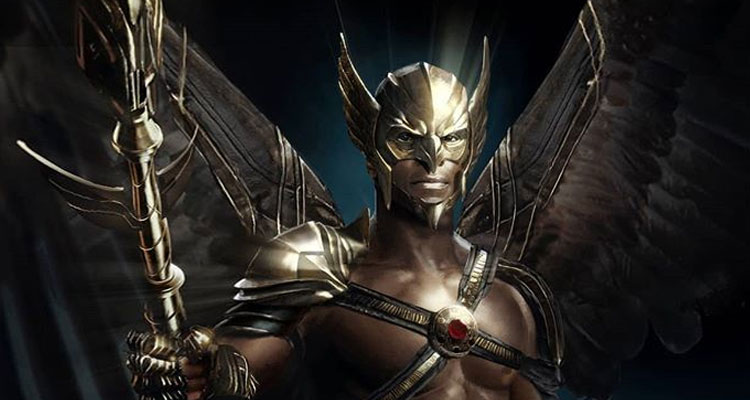 Aldis Hodge (‘The Invisible Man,’ ‘Straight Outta Compton,’ ‘Supernatural’) has been cast in the role of DC Comics hero Hawkman opposite Dwayne Johnson in ‘Black Adam.’

Johnson takes on the role of the titular antihero, who was first created by writer Otto Binder and artist C. C. Beck, Black Adam as the deadly and evil adversary of the superhero Shazam. However, recent storylines have evolved Black Adam into a more layered individual.

According to Heat Vision, the film will also introduce the Justice Society of America, a multi-generational group that preceded the Justice League. Characters like Atom Smasher (to played by ‘To All The Boys’ star Noah Centineo), as well as Doctor Fate and Cyclone, who have yet to be cast, will figure into the story.

Hawkman is the name of several fictional superheroes appearing in DC Comics. Created by writer Gardner Fox and artist Dennis Neville, the original Hawkman first appeared in Flash Comics #1, in 1940. In the comics, Hawkman is a superhero who wields a mace and takes flight by using large, artificial wings made from an alien element called “nth metal.” Most incarnations of the character work closely with a partner/romantic interest named Hawkgirl or Hawkwoman.

Johnson’s ‘Jungle Cruise’ director Jaume Collet-Serra, is attached to direct ‘Black Adam,’ with principal photography due to get underway by late winter or spring of 2021.

Header image created by Tiago Ribeiro (datrintiart), You can check out more his work over on Instagram.