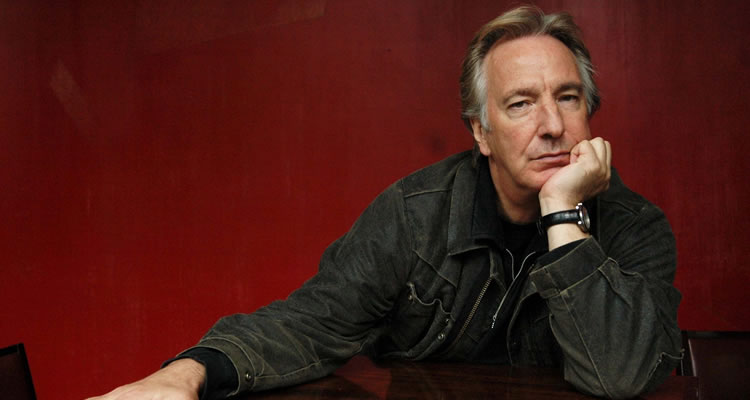 Alan Rickman, legendary actor and director of stage and screen, has died at the age of 69. In the way he lived much of his personal life, Rickman kept his struggle with cancer completely private.

Alan Rickman was much-loved by fans and colleagues alike, with a long standing theatre career before turning his attention to the big screen at the age of 41 when he shot to international attention with his role as Hans Gruber in ‘Die Hard’. From there, Rickman amassed an impressive number of beloved roles – villains and heroes alike – including the Sherriff of Nottingham in 1991’s ‘Robin Hood: Prince of Thieves’, the Metatron in Kevin Smith’s ‘Dogma’ and Severus Snape in the ‘Harry Potter’ franchise. More recently Rickman had turned his attention once more to directing with last year’s ‘A Little Chaos’, starring Kate Winslet, Stanley Tucci and Matthias Schoenaerts, which screened at the Dublin International Film Festival.

Rickman also seemed to have a great sense of humour about himself and the way he was perceived, wonderfully sending himself up in ‘Galaxy Quest’ and tangoing in a petrol station with Texas lead singer Sharleen Spiteri in the video for the single “In Demand”.

Tributes to the actor are already pouring in from colleagues and friends across the world, with Stephen Fry saying on Twitter; “What desperately sad news about Alan Rickman. A man of such talent, wicked charm & stunning screen & stage presence. He’ll be sorely missed”, and Eddie Izzard tweeting “I do not want my heroes to die!
Alan Rickman is dead & he was another hero. Alan – thank you for being with us. We are sorry you had to go”.

Fans have also being paying tribute to Alan Rickman on Twitter, quoting their favourite films of his, in his honour.

Alan Rickman is survived by his wife Rima Horton, our thoughts are with her and Rickman’s many friends at this sad and difficult time.