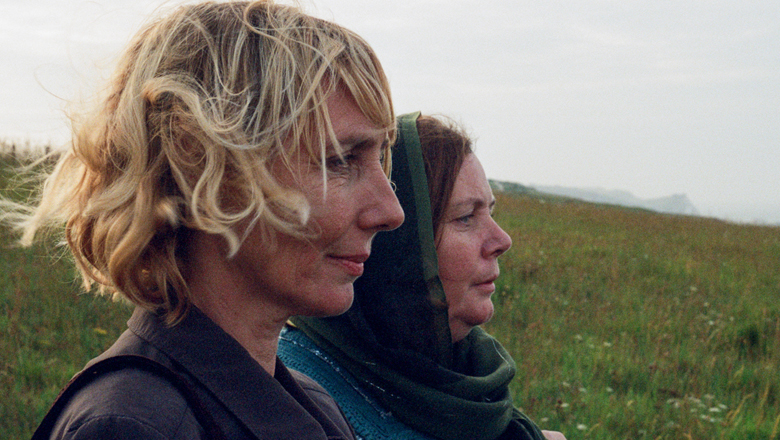 Having converted to Islam, British woman Mary (Joanna Scanlan) is devoted to her sailor husband Ahmed (Nasser Memarzia). His sudden death prompts a re-evaluation of her marriage though. Looking at his mobile phone, she discovers text messages from the son she didn’t know that he had. Venturing across the Channel to France, she sets out to find out more and reveal his death to his other family.

At first, Ahmed’s partner Genevieve (Nathalie Richard) mistakes Mary for a cleaning lady. Unsure of what to say and needing more information, Mary plays along and discovers more about Ahmed’s hidden life and his teenage son Solomon (Talid Ariss). The truth will have to come out eventually though…

The Verdict: After Love is a generic film title that has been used several times before, but the 2020 equivalent from first-time director Aleem Khan is anything but generic. It’s a small and intimate depiction of grief and how it aligns with identity in the search for the truth. Can we ever really know a loved one and then pick up the shattered pieces left behind in the wake of his/her death? It’s a question that the Pakistani-English director mulls over with considerable thought in his script, which took some six years to develop with the help of the Sundance Institute and the British Film Institute. He drew from personal things about his own background and his relationship with his mother, feeding them into a script that takes on weighty themes with comfortable ease for a first timer.

The core of the film is Mary’s story and Khan keeps the focus on her, but also allows sufficient time for Genevieve and Solomon to voice their own distinct concerns about what has happened to Ahmed. That’s a delicate balance to maintain in the narrative, to not portray either woman as taking advantage of this sticky situation. Genevieve knows more than Mary initially suspects, but Khan is not interested in dramatic recriminations or tarring the reputation of the dead. These are flawed, very human characters who are working towards personal reconciliation as they deal with the fallout of Ahmed’s actions, for better or for worse. That level of sharp maturity in the script is what raises After Love above its potentially soapy elements to take on a deeper meaning that should resonate with audiences.

The striking poster for the film depicts Mary at home in a flooded living room, with a ferry in the background. It’s a metaphor for the film’s themes about identity and dislocation. She’s a character who is literally at sea after her world is turned upside down. Scanlan’s three-dimensional depiction of grief is quite something to watch. When Mary arrives in France, she has that pained expression of a troubled woman who desperately wants to say what’s on her mind but just can’t get the words out. Khan has a lot of compassion for her – how does one deal with a late husband’s secret mistress and her son? While audiences might think that they know the answer early on, Khan teases it out so that the audience becomes complicit in Mary’s accidental deception. How Khan resolves this so delicately and with due respect to each character and their personal experiences belies his experience as a filmmaker. After Love is a promising debut that is quietly devastating. Go see. 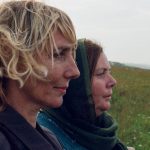