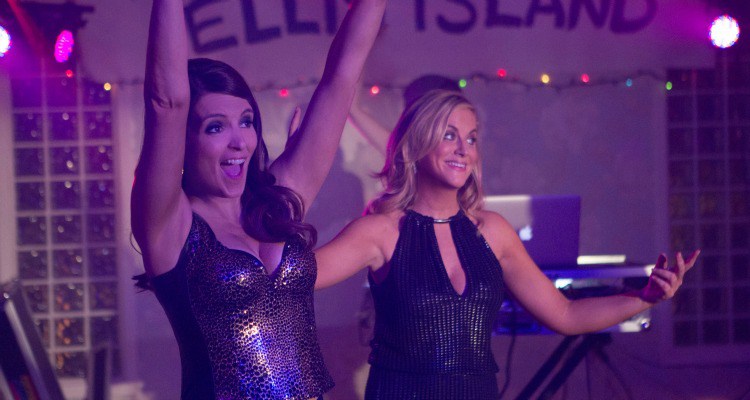 Actors who should play family

This week, Amy Poehler and Tina Fey play sisters in the new comedy um… ‘Sisters’. The film centres on these adult siblings as they learn that their parents have decided to sell their childhood home. To honour the nostalgia for their youths, Maura and Kate Ellis decide to throw one last party before they have to say goodbye to the family home.

To celebrate the release of ‘Sisters’, Movies.ie takes a look at other actors we would like to see play family members, be it parent and child, or siblings…

we can’t be the only ones who have noticed the striking resemblance between the former ‘Friday Night Lights’ star and the Oscar nominated everyman. As Plemons has got older he is not only taking roles that John C. Reilly would have taken when he was younger – ‘Black Mass’, ‘Bridge of Spies’ – but he looks more and more like the older actor.
Reilly has already played the stepbrother of Will Ferrell, but we really think there is a gap in the market for Reilly to play Plemons’ father. Preferably in a comedy. Can someone get ‘Anchorman’ director Adam McKay on the phone!?

Johnny Depp’s missus Amber Heard has a few cinematic roles under her belt, including ‘Magic Mike XXL’ and the upcoming drama ‘The Danish Girl’, and Scarlett Johansson started her career with quirky roles such as Charlotte in ‘Lost in Translation’, before joining onto one of the biggest franchises of recent years; The Avengers.
There is more than a little similarity between heard and Johannson, so if Black Widow is ever revealed to have a sister, or a clone, or a twin, our money is on Heard taking on the role.

For those who don’t know who Leelee Sobieski is, she was on the cusp of breaking through with some great roles in the late 90s and early 2000s, in films including ‘Never Been Kissed’, ‘Max’ and ‘Eyes Wide Shut’. Since then she has appeared in TV shows ‘Drop Dead Diva’ and ‘The Good Wife’. Sobieski looks remarkably like Oscar winner Helen Hunt, who also has a talent for quirky comedy. We can almost hear the screenplay for a mother daughter movie being written for the two women right now. Perhaps the queen of the female driven comedy, Nancy Meyers, could be tapped to direct?!

OK we know that these two women are redheads, but this is not where the similarities end; they both have big eyes, big smiles and a talent for drama. That’s why we would love to see Chastain and Dallas Howard take on something different that paired them together. A clone movie perhaps, about one of the women discovering she is not as unique as she thought? Or how about a comedy about doppelgangers finding one another an accidentally setting a chain of events in motion that leads to the end of the world?! Honestly, this stuff just writes itself!

Margot Robbie has made a name for herself by working steadily in films such as ‘Focus’ and ‘About Time’, and is about to be a massive star thanks to her turn as Harley Quinn in the upcoming ‘Suicide Squad’ movie. Jaime Pressly, on the other hand, is more known for her TV work, including ‘My Name is Earl’ and ‘I Hate My Teenage Daughter’. The two women are strikingly similar with their big blue eyes and blonde hair, so we think that Harley Quinn should have a double – maybe taking a leaf out of The Joker’s book – in the form of Pressly, who has plenty of experience playing an anti-hero on ‘My Name is Earl’. Seriously, someone needs to make this happen.

Do you have any thoughts on which actors should play family? Let us know in the comments below.

‘Sisters’ is released in Irish cinemas on December 18th 2015.

Watch the trailer below…