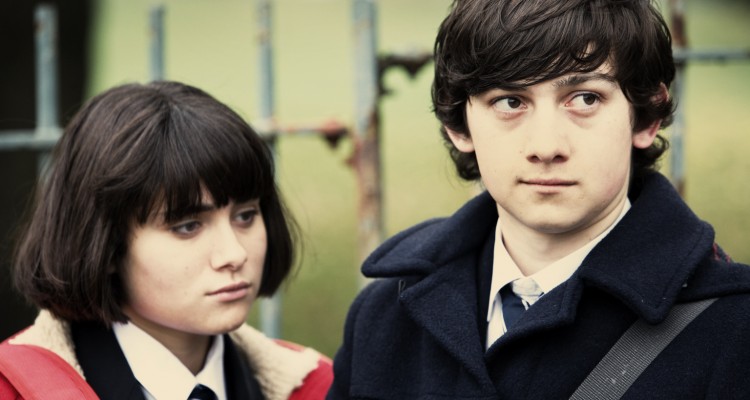 This week, THE GIFT is released in Irish cinemas. Directed by actor turned director Joel Edgerton, the film stars Jason Bateman and Rebecca Hall as a married couple whose life is thrown into turmoil after Simon (Bateman) runs into Gordo (Edgerton – a former classmate – who tries to work his way into their lives.
At Movies.ie, we love to see actors branch out in their careers, so we have looked back over directorial debuts from actors, and pulled together some of the strongest.

IN A WORLD – Lake Bell

before she stepped behind the camera for her feature length directorial debut, Bell had acting roles in IT’S COMPLICATED, and TV’s HOW TO MAKE IT IN AMERICA. IN A WORLD…, which Bell also wrote and starred in, focuses on Carol (Lake Bell), the daughter of a veteran voice-over actor, wants to break into the world so dominated by her father. The simple fact, however, is that this is a man’s game, with very little room for women. When the artist who originated the phrase ‘In a world…’ dies, Carol, her father (Fred Melamed) and rising star Gustav (Ken Marino) battle it out to make the phrase their own.
IN A WORLD… is a great premise for a movie, and one that pays off. The film has a 92% approval rating on Rotten Tomatoes and Bell, as Carol, is the warm heart of the film. As well as this, Bell’s script is effortlessly funny and quirkily heart warming, and she coaxes the best from her cast as they negotiate the perils of breaking into a seemingly closed industry.

Before he was Batman, before he was the Oscar winning director of ARGO, Ben Affleck directed a short film with an incredible title – I KILLED MY LESBIAN WIFE, HUNG HER ON A MEATHOOK, AND NOW I HAVE A THREE PICTURE DEAL AT DISNEY – and made his feature debut with GONE BABY GONE in 2007.
The film, based on a novel by Dennis Lehane, stars Casey Affleck as Patrick Kenzie, a working-class Boston PI whose relationship with his partner Angie (Michelle Monaghan) is threatened as the two take on the case of a young girl who has been kidnapped.
GONE BABY GONE was praised as a slightly flawed but well made crime thriller, that not only kept audiences guessing throughout, but stays grounded in reality to create a tense film, which examines morality in today’s world. The film has a 94% approval rating on Rotten Tomatoes, and paved the way for Affleck to make THE TOWN and of course, ARGO, with a Batman reboot on the cards for the future.

Thomas McCarthy is an actor you have definitely seen in films; he has had roles in THE GURU, GOODNIGHT AND GOOD LUCK, and THE LOVELY BONES, and plays Michael the Robot in the upcoming film PIXELS. McCarthy’s directorial debut not only made him a director to watch out for, but brought Peter Dinklage to audience’s attention, way before he was cast in GAME OF THRONES.
THE STATION AGENT focuses on Finbar (Dinklage) who is left a disused trains station in the Will of his only friend. Finbar moves into the train station, hoping to live a life of solitude, but quickly finds his life interrupted by a chatty food truck owner (Bobby Cannavale) and a woman whose life has been shattered by the death of her child, and divorce (Patricia Clarkson). These three lost souls not only find friendship in one another, but frustration and honest companionship.
THE STATION AGENT is rated at 95% on Rotten Tomatoes, and was hugely well received by those who saw it when it was released in 2004. The film also won a BAFTA for Best Screenplay. Dinklage, Clarkson and Cannavale are the emotional heart and soul of the film, and in dealing with their personal tragedies together, they realise they do not want to be as reclusive as they thought.

After directing the short film DOG ALTOGETHER in 2007, Considine made his feature length debut with the unsettling but strong TYRANNOSAUR in 2011.
Although the title may suggest that the film is about dinosaurs, TYRANNOSAUR is the tale of Joseph (Peter Mullan), a man filled with guilt, rage and alcohol and his relationship with Hannah (Olivia Colman). The two meet when Joseph seeks shelter in Hannah’s shop, and although there may not be obvious similarities between the violent Joseph and the devout, gentle Hannah, the two soon discover that they have more in common than they first thought.
First time director Paddy Considine creates an oppressive film, utilising the worst of Leeds and Glasgow, but at the same time, manages to explore the human condition with visual lyricism and foster empathy in the audience for these characters; trapped as they are.
TYRANNOSAUR is not an easy film to watch, but it is superbly written and directed, and allows for outstanding performances from Peter Mullan and Olivia Colman as damaged people who still need each other. It is not as depressing as it sounds, however, because at its core, the film looks at the strength of the human spirit to get back up and try again.
TYRANNOSAUR scored 83% on Rotten Tomatoes and won Considine a BAFTA for Outstanding Debut by a British Writer, Director or Producer.

Best known at the time for playing Moss on THE IT CROWD, Saboo on THE MIGHTY BOOSH, and Dean Learner in GARTH MARENGHI’S DARKPLACE – and the spin-off MAN TO MAN WITH DEAN LEARNER, some of which he also directed – Richard Ayoade made his directorial debut in 2011 with the sweet and touching coming of age film SUBMARINE.
SUBMARINE stars Craig Roberts as 15-year-old Oliver Tate, whose sole goals in his young life are to lose his virginity, and somehow break up the burgeoning relationship between his mother and her ex-boyfriend Graham (Paddy Considine), who has just moved in next door. Oliver is infatuated with Jordana (Yasmin Paige) a girl who he knows from school and although the two form a sweet relationship, he is insecure in the relationship and ends up sabotaging it himself.
SUBMARINE captures the awkward inbetween time of adolescence, the all-consuming power of first crushes and cemented director Richard Ayoade – who followed SUBMARINE with THE DOUBLE, based on Fyodor Dostoyevsky’s novella – as a rising talent to watch. SUBMARINE was BAFTA nominated and holds an 86% approval rating on Rotten Tomatoes.

THE GIFT is released in Irish cinemas on August 7th 2015