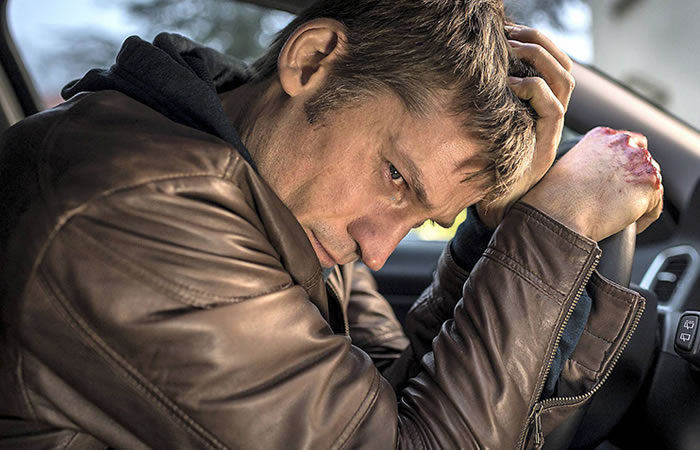 A SECOND CHANCE (Denmark/15A/102mins)
Directed by Susanne Bier. Starring Maria Bonnevie, Nicolaj Coster-Waldau, Nikolaj Lie Kaas, Ulrich Thomsen, May Andersen
THE PLOT: After tragedy strikes his family in the middle of the night, police officer Andreas (Nikolaj Coster-Waldau) sees a solution to his problem. The trouble is that this is a highly illegal and unethical solution, and the fallout from it may be great.

THE VERDICT: After last year’s disastrous SERENA, it is heartening to see director Susanne Bier return to her native land and native language for an original story. The trouble is that while A SECOND CHANCE is engaging, it is also slightly predictable, to a point.

The story is here is of Andreas, a loving husband and father, whose world falls apart when his baby son dies in the middle of the night, seemingly of cot death. When his wife Anna (Maria Bonnevie) declares her intent on suicide if Andreas calls an ambulance for their child, he makes a decision with far reaching consequences. Coster-Waldau is fantastic in the leading role, and easily conveys the emotion of a man whose world has been torn in two. Maria Bonnevie treads a delicate line between mental breakdown and clarity as Andreas’ wife Anna, and Nikolaj Lie Kaas excels in the role of the abusive and violent junkie Tristan. The rest of the cast is made up of Ulrich Thomsen and May Andersen.

Anders Thomas Jensen’s screenplay places the audience in the same ethical quandary as the central character, but allows us to make up our own minds about his actions. While this is cleverly and carefully done, there are times where the story feels not only familiar, but predictable, and the audience is merely waiting for the characters to do what is so painfully obvious they will do. The road to the ending is twisty, however, with some decisions being truly surprising.

Susanne Bier directs carefully and slowly. There are times where the pacing feels almost torturous, as the audience seems to be waiting to see decisions already made, but the cast carry the film through these moments, with strong performances from all. Bier never casts judgement on Andreas, and allows the audience to empathise with a snap and foolish decision, while allowing us the moral high ground of believing we would behave differently in the same situation.

In all, A SECOND CHANCE is a gripping and engaging drama, which often feels predictable and familiar. The final act of the film finally shrugs off this feeling, however, and the cast carry the film through some painful pacing.