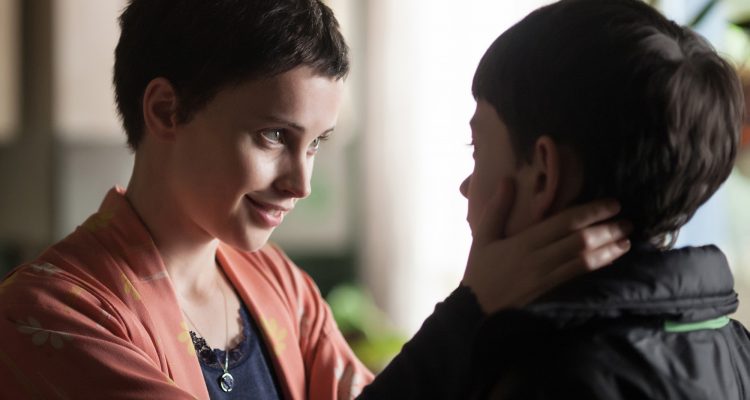 A MONSTER CALLS (Spain | USA | UK | Canada/12A/108mins)
Directed by JA Bayona. Starring Sigourney Weaver, Felicity Jones, Liam Neeson, Lewis MacDougall, Toby Kebbell
THE PLOT: As 12 year old Conor (Lewis MacDougall) struggles to come to terms with his mother’s terminal illness, a Monster (Liam Neeson) comes to call on him; “I have come to get you Conor O’Malley”. Although the monster is massive and intimidating, Conor refuses to be frightened, and as the Monster tells him three fables, Conor struggles with the knowledge that the Monster wants Conor to tell him the truth behind his recurring nightmare.
THE VERDICT: Based on the beloved and heartbreaking book by Patrick Ness, ‘A Monster Calls’ is a beautiful, heart rending and haunting tale of a young boy trying to come to terms with something that feels too big to fit into his world. Ness adapted the screenplay from his own novel, which in turn began life as an idea by writer Siobhan Dowd, who never got to finish her work as she died from cancer before she got started.
Lewis MacDougall leads the cast as Conor O’Malley, the young boy on whom the Monster calls. MacDougall is perfectly cast as the bewildered and raging pre-teenager, who desperately wants to understand just what is happening to his world. Filled with rage and desperate sadness, MacDougall ably carries the film, and makes Conor an everyman when it comes to grief and anger at the world; a character that audiences can utterly relate to. Felicity Jones plays Lizzy, Conor’s mother, and she makes the character warm but frail, as she tries to out a brave face on inevitability. Sigourney Weaver has a smaller role as Lizzy’s mother and Toby Kebbel plays Conor’s absentee father. Liam Neeson rounds out the cast as the voice of the titular Monster, bringing the character to life with all of his ferociousness, gentleness and wisdom.
Patrick Ness adapted the screenplay from his own novel, and does well in bringing the tale to the big screen. There are times when the film feels as though it is waiting for the Monster to return – as he does, time and again – as the structure of the story is built around the tales that he tells young Conor. This does not detract from the film as such, but it is noticeable that it does not follow the traditional structure of a feature film. Ness carefully treads the line between despair and rage, bringing the audience into the world with Conor, and allowing us to see how such a young kid deals with the biggest change he will ever experience. Isolation plays a huge part in the film, but it is carefully done in order to show the ways in which kids deal with problems too big for them to comprehend.
Director J.A. Bayona broke hearts with ‘The Impossible’ and scared audiences around the world with ‘The Orphanage’, so he is strong in the director’s chair for ‘A Monster Calls’. Bayona blends fear and anger, horror and mundanity throughout the film, while coaxing a wonderful performance from MacDougall, and making the world he lives in feel both fantastic and utterly normal. The pacing of the film dips slightly when the Monster is not on screen, but the animated sequences throughout the film are so beautiful, and the chemistry between the cast is so strong that it is easy for the film to claw this back when it needs to.
In all, ‘A Monster Calls’ is heart wrenching, haunting and filled with hope, and tells the most horribly mundane story in a simple, relatable and fantastic manner. Heart strings get tugged without the film ever feeling manipulative or overly sweet, and although there is horror at the film’s heart, that is where the spark of hope also lies, making ‘A Monster Calls’ a beautiful and special piece of work.
RATING: 5/5
Review by Brogen Hayes