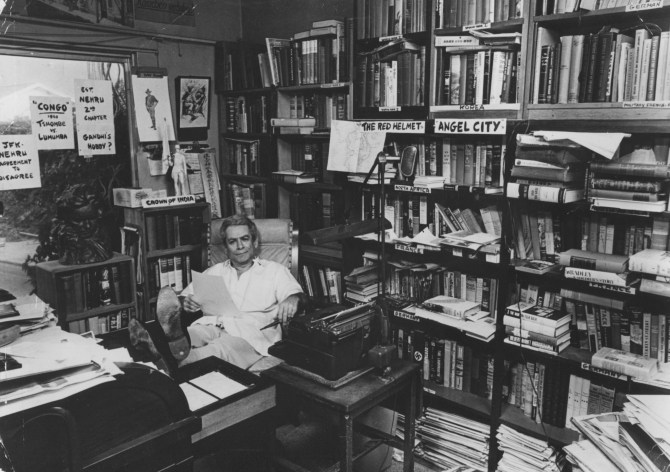 A FULLER LIFE 80mins (IFI)
Directed by Samantha Fuller. Starring Samuel Fuller, Jennifer Beals, Robert Carradine, Joe Dante, Bill Duke, Clarke Duke, James Franco, William Friedkin, Mark Hamill.
THE PLOT: Based on the full-on filmmaker’s posthumous 2002 autobiography A Third Race, this documentary by Sam Fuller’s daughter Samantha charts his life more than his work. Chapter after chapter of Fuller’s book is read aloud by various associates and admirers of the man who brought us such American New Wave hits as The Naked Kiss (1964) and Shock Corridor (1963) and later favourites, such as 1980’s The Big Red One. His daughter is more interested in the life than the work though – and so, we hear of Fuller’s days as a WWII infantryman, his days as a newsboy, and a scriptwriter, before Hollywood finally succumbed…
THE VERDICT: Perhaps because the Fuller family don’t actually own Samuel Fuller’s films, this loving portrait of the filmmaker as a man rather than an artist will ultimately only be of real interest to real fans. And even then, there will be nothing new to savour here, other than the mild thrill of having mildly famous people read out pages from a 13-year-old autobiography.
Still, as family affairs go in the Hollywood game, this is an undeniably affectionate and sometimes affecting love letter from a daughter to a legendary father. Which is mildly ironic, given that A FULLER LIFE is about as far removed from its subject’s notorious “bold style” of filmmaking.
RATING: 3/5
Review by Paul Byrne