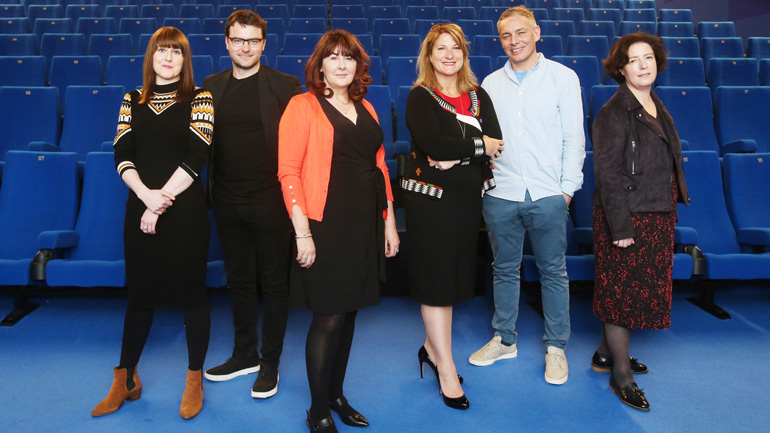 Speaking about the news Dr. Susan Liddy, Chair of Women in Film & Television Ireland said  “It’s heartening that so many Irish film festivals have joined forces with us to formally commit to the principle of gender parity and inclusion in festivals.  We warmly welcome their enthusiasm and solidarity and we hope this initiative will mark the beginning of a supportive partnership between us. We need more women in the film industry at every level. While girls’ and women’s voices are not heard and their stories are not told, our culture is the poorer for it. Film festivals are a hugely important part of any conversation about equality. They are an important link in the journey of a film and filmmaker. This is why we need greater transparency about what films are submitted, what films are selected and who is making the decisions. As with anything, information must be the starting point and we commend these festivals for agreeing to track that. This is an initiative that WFT Ireland will be building on over the coming months and we call on other festivals to join with us and embrace the challenge.”

Initiated by the 5050 Pour 2020 Collective, a charter was signed in 2018 by Cannes’ festival chiefs to work towards gender parity and inclusion.

The charter invites film festivals across the world to make the following commitment to gender parity and inclusion:

All Irish festival signatories have committed to giving a full update to Women in Film & Television Ireland, who will make public their progress during their respective 2020 festivals.

Women in Film & Television Ireland will also update the 5050 Pour 2020 Collective about the new signatories in time for the 2019 Cannes Film Festival.

Fiona Clark, Producer & CEO, Cork Film Festival added “As Ireland’s first and largest film festival, Cork Film Festival (CFF) is pleased to  join WFTV in partnering with the 5050×2020 Cannes Collective to pledge our commitment to the 5050×2020 Charter, alongside the first Irish signatories. CFF supports increased transparency and gender-focused change across the Irish film landscape. CFF actively advocates for equality and inclusion in our industry by creating opportunities for meaningful public and sector dialogue as part of the Festival and by monitoring gender parity across our programme, submissions, jurors, panelists, programmers, staff, Board and volunteers”.