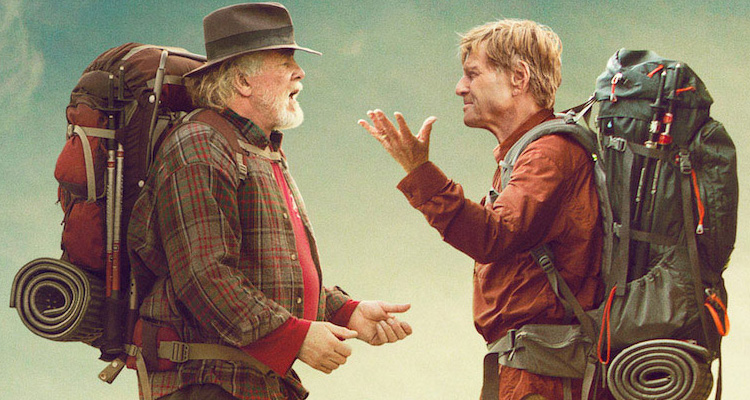 Everyone loves a grump, they say what many of us are thinking but are afraid to say. This weekend see’s the release of A WALK IN THE WOODS, starring Robert Redford and Nick Nolte as aging travellers trying to reclaim their youth. We thought it was a good time to look back at other films that feature grumpy old men as their central characters.

Watch the trailer for A WALK IN THE WOODS below

THE BUCKET LIST: Stars Jack Nicholson and Morgan Freeman as two terminally ill men who escape their cancer ward to live out their bucket list of activities before they die.

LAND HO!: The highly regarded film stars Earl Lynn Nelson and Paul Eenhoorn as ex brothers-in-law who embark on a road trip to Iceland to reclaim their youth.

THE STRAIGHT STORY: David Lynch’s touching film tells of an old man (Richard Farnsworth) who takes a long journey by lawn mover tractor to repair his relationship with his ill brother.

SECONDHAND LIONS: Two eccentric, rich brothers (Robert Duvall and Michael Caine) take in their neglected great-nephew (Haley Joel Osment) for the summer. In addition to sharing the stories of their previous wild adventures, the uncles show the boy how they live life to the fullest by purchasing a lion they intend to hunt.

GRUMPY OLD MEN: Two old men and lifelong neighbours (Walter Matthau and Jack Lemmon) compete for the love of the slightly younger woman new to the neighbourhood. Their rivalry that goes back 50yrs is finally reconciled after one last round of competition.

GRUDGE MATCH: Two aging boxing rivals (Robert DeNiro and Sylvester Stallone) are coaxed out of retirement and reunite for one last fight…30 years after their last match.