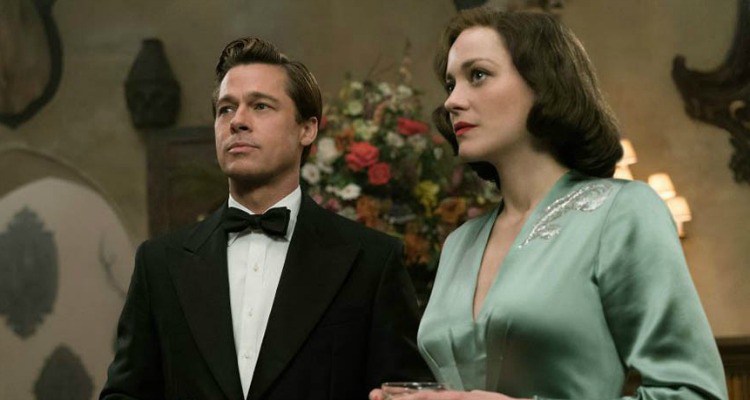 10 things you need to know about ‘Allied’

‘Allied’ is released in Irish cinemas. The film follows Max (Brad Pitt) an intelligence officer in North Africa in 1942, who falls in love with French Resistance fighter Marianne (Marion Cotillard). When they reunite in London after their mission behind enemy lines, the pressure of war threaten to tear the couple apart.

To celebrate the release of ‘Allied’ in Irish cinemas, Movies.ie has gathered together 10 facts about the film that you really should know.

1. True Story
‘Allied’ writer Steven Knight said that the ‘Allied’ is based on a true story personally told to him at the age of 21. Knight has been holding on to this story for over 30 years.

6. Inspiration
The inspiration the costumes in ‘Allied’ were the 1942 films ‘Casablanca’ and ‘Now, Voyager’, where the costumes combined both simplicity and beauty.

7. Third Time Lucky
‘Allied’ the third Robert Zemeckis film to carry an R rating in the US; the first two being ‘Used Cars’ and ‘Flight’. ‘Allied’ is rated 15A in Ireland.

9. Reunited
‘Allied’ is Brad Pitt and Jared Harris’ third movie together. They also starred in ‘Ocean’s Twelve’ and ‘The Curious Case of Benjamin Button’.