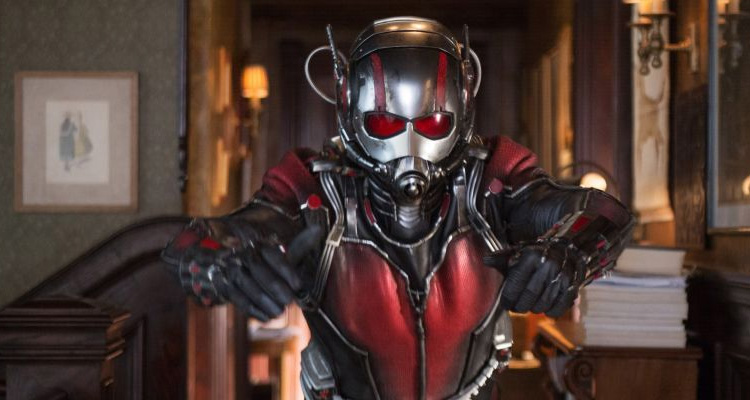 5 Times Movies Got Microscopic : From Ant-Man To Innerspace

With Marvel taking things to a new level in terms of scale, we decided to look back at some of the other times movies got down to a really teeny, weeny, tiny, winy size. There is something terribly cinematic about setting a movie against miniature settings and making the normal seem absolutely epic! Ant-Man is now showing in Irish cinemas, but here’s five other movies to get you in the microscopic mood!

Whether it was the 50s cartoon version or the more recent Tim Burton take on the tell, Alice still crossed paths with the Drink Me Potion in order to get small enough to further her adventures in Wonderland. It was only by taking just the right amount of mushrooms did everything start to balance out for poor Alice. A metaphor for the unpredictability of growing up, author Lewis Carroll was a big fan of kids, but did NOT like adults, which is fairly obvious from his stories!

When a diplomat is nearly assassinated, a submarine is shrunken down to microscopic size with a medical crew on board, and injected into his bloodstream. Yes, it was basically 20,000 Leagues Under The Sea, but inside a human body instead of at the bottom of the ocean. But most cinema goers were willing to forgive that blatant rip-off thanks to the now iconic sight of Raquel Welch in that white wetsuit. Anyone out there who happens to be a fan of TV show Archer will probably recognize the setting from Season Six double-episode Drastic Voyage.

A comedic take on Fantastic Voyage, as Dennis Quaid is miniaturized and accidentally injected into shop assistant Martin Short, who initially believes he’s going insane before realising he’s now involved in an international conspiracy. It also doesn’t help that Short is slowly falling in love with Meg Ryan, who just so happens to be Quaid’s ex! Directed by the legendary Joe Dante, this is still a very enjoyable action-rom-com, and definitely worth seeking out or revisiting.

Can someone explain to us how this movie has existed for nearly thirty years and nobody has tried to remake it yet? Probably because the two sequels – Honey, I Blew Up The Kid and Honey, We Shrunk Ourselves – were not very good. Anywho, when genius scientist Rick Moranis accidentally shrinks his and his neighbours kids, they have to venture the vast wilderness of their own back yard in order to be returned to their normal size. But with insects and sprinklers and other obstacles in their way, it’s nice as easy as it looks! Anyone who says they watched Anty’s final scene without crying is a big fat liar!

Proof that not all micro-movies are necessarily a good idea: Eddie Murphy plays the tiny captain of a human-shaped spaceship (also played by Eddie Murphy) who is trying to save his planet, and runs into trouble with the spaceship begins to fall in love with Elizabeth Banks’ single mom. This movie arrived in that maelstrom of terrible Eddie Murphy in the late 00’s – along with the likes of Norbit, Imagine That and A Thousand Words – and while there’s a chance it’s probably not quite as bad as we remember, we’re not willing to take the chance on rechecking.