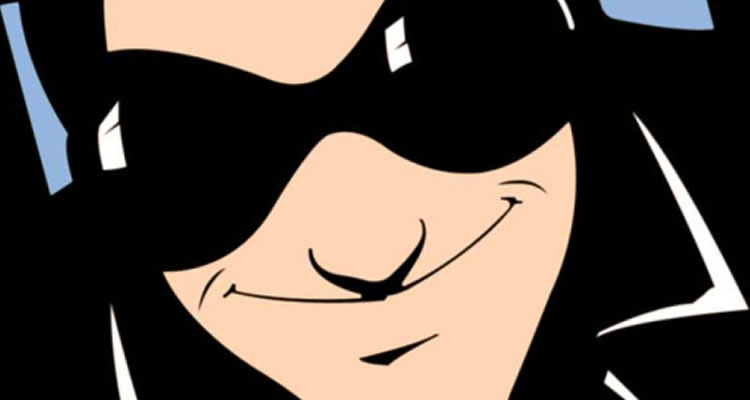 All the recent talk about the GHOSTBUSTERS reboot and BEETLEJUICE 2 got us thinking about the death of the movie tie in single, and which the best of those might be. Of course there are still movie tie in singles, but since MTV is no longer the music behemoth that it was, these singles are not used to market the film as much as they once were.

It is easy enough to name good songs to come from good movies – ‘Ghostbusters’, ‘Gangta’s Paradise’ and ‘Lose Yourself’ come to mind – but there have been so many great movie tin in singles that were released to promote movies that were less than well received. With this in mind, Movies.ie have pulled out our box of CD singles and hit up review aggregator website Rotten Tomatoes to find out which bad movies included fantastic songs.

‘Hold Me, Thrill Me, Kiss Me, Kill Me’ by U2, from BATMAN FOREVER

Back in 1995, Joel Schumacher’s BATMAN FOREVER was released in Irish cinemas. The second last film in the Batman franchise started by Tim Burton, the film holds a rating of 41% on Rotten Tomatoes. The film has been described as sloppy, boring and completely over the top, but one gem did emerge from the movie; U2’s ‘Hold Me, Thrill Me, Kiss Me, Kill Me’.
The single got to number 1 in the Irish charts, number 2 in the UK, number16 in the US, and was nominated for a Golden Globe Award. The single came about after director Joel Schumacher tried to create a cameo role for Bono as MacPhisto in BATMAN FOREVER. Eventually it was agreed that this cameo would not work, so U2 contributed the song instead. And what a song it is. Of course, this was not the only great song to come from BATMAN FOREVER; the film also gave us Seal’s ‘Kiss From a Rose’.

‘Kiss’ by Prince, from UNDER THE CHERRY MOON

Prince’s first foray into the world of film directing came with 1986’s UNDER THE CHERRY MOON. Starring Prince himself, Steven Berkoff and Kristen Scott Thomas, the film is one about men scamming money from rich women on the French Riviera in the 1940s. Criticised as being self indulgent and overly familiar, the film holds a 25% approval rating on Rotten Tomatoes. The movie may have been panned, but it gave us an incredible Prince song; ‘Kiss’.
The song started as an acoustic demo, before Prince gave it to funk band Mazarati for their debut album, but when he heard how they reworked it, he took it back for himself. Prince put the track on his album ‘Parade’, the soundtrack for UNDER THE CHERRY MOON. Despite the record company objecting to the song being released as a single, it was Prince’s third US chart topper, after ‘When Doves Cry’ and ‘Let’s Go Crazy’.

‘Uninvited’ by Alanis Morissette from CITY OF ANGELS

Meg Ryan and Nicolas Cage’s 1998 movie CITY OF ANGELS is a loose remake of Wim Wenders’ 1987 film WINGS OF DESIRE. Cage plays an angel who falls in love with a human – you guessed it, Ryan – and so falls to earth in order to be with her. The film holds a 58% approval rating on Rotten Tomatoes, and was described as emotionally uninvolving and depressingly ridiculous by critics. As well as The Goo Goo Dolls song ‘Iris’, the soundtrack for CITY OF ANGELS gave us another stormer of a song; ‘Uninvited’ by Alanis Morissette.
Never truly released as a single in retail outlets, ‘Uninvited’ was a massive hit for Alanis, giving the singer her fourth US number 1. Since the song was not officially released as a single, it was not accompanied by a music video, but went on to win two Grammy Awards – Best Female Rock Vocal Performance and Best Rock Song. Not bad for a song that is mostly made up of four chords played on piano!

‘Teenage Dirtbag’ by Wheatus, from LOSER

Amy Heckerling, best known for directing CLUELESS, LOOK WHO’S TALKING and FAST TIMES AT RIDGEMONT HIGH took a major misstep in her career in 2000, with LOSER. The film should have been a winner; as well as Heckerling directing, the film starred Jason Biggs and Mena Suvari, who were huge at the time. However, this did not make up for the film being predictable and unremarkable, according to the critics who gave their reviews on Rotten Tomatoes, where it holds a rating of 24%.
Along then came New York rock band Wheatus with their song ‘Teenage Dirtbag’ and, along with the fun and silly music video, the song captured the feel of the early 2000s. ‘Teenage Dirtbag’ was a massive hit for the band – their biggest to date – and returned to the UK charts in 2011, 2012 and 2013. Maybe there were waves of nostalgia at the time? Whatever the case, ‘Teenage Dirtbag’ is a cracker of a song, and certainly the best thing about the film LOSER.

‘Young and Beautiful’ by Lana Del Ray from THE GREAT GATSBY

Baz Luhrmann’s adaptation of F. Scott Fitzgerald’s novel THE GREAT GATSBY was a visual feast but, as critics on Rotten Tomatoes said, when awarding it a 48% approval rating, it failed to set the screen alight, or reach out and grab audiences. The soundtrack was a different matter however. Jam packed with hits – including songs from Beyoncé, Jack White, Sia and Bryan Ferry – the lead single from the soundtrack was Lana Del Ray’s ‘Young and Beautiful’.
‘Young and Beautiful’ wasn’t a massive chart success, but its sombre and mournful tone is perfect for THE GREAT GATSBY; dreamy and slightly desperate. Although the song was a slow burning hit – hit finally reached number 3 in the US chart over a month after it was first released – it was nominated for Best Original Song at the World Soundtrack Awards and was met with widespread acclaim from music critics.

Do you have a favourite tie in single from a movie that was not critically well received? Let us know in the comments below.