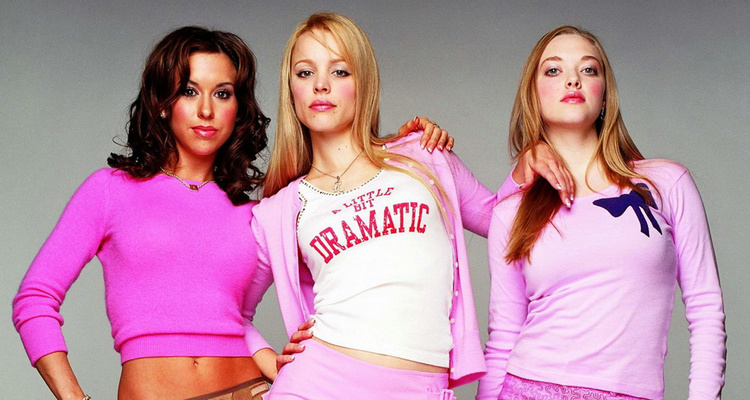 They say that school are the best days of your life, and filmmakers, from John Hughes to Wes Anderson, have been fascinated with that awkward teen time for many years.

This week, THE REUNION is released in Irish cinemas; a half fictionalised, half true account of how artist and filmmaker Anna Odell imagines her 20-year school reunion would go, to which she was not invited. Odell decided to make a dramatise imagining of what would have happened – and what she would have said – if she had gone. Once her film is made, Odell sets about trying to track down the people who bullied her at school, to ask them to watch the film.

With Odell’s film THE REUNION hitting Irish cinema screens this weekend, Movies.ie decided to take a look back at some of the best movies about high school, and the high school experience.

Lindsay Lohan’s breakthrough into mainstream role came in MEAN GIRLS. Lohan played Cady Heron, a home schooled teen girl who finds herself thrown into the world of high school cliques and politics when she moves to the US. As well as being hilariously funny and rather touching MEAN GIRLS shines a light on the groups that evolve in high school, and the danger that comes with putting others down to make yourself look good. The school in MEAN GIRLS feels pretty typical, although the cliques are perhaps a little more defined than they are here in Ireland, and heightened for the sake of comedy and the story.

Not as much a typical high school movie as some of the others, SCREAM still deals with the fall out of a series of horrific murders on a high school population. The entire film feels like a teen horror, with Sidney (Neve Campbell) and her friends speculating about the identity and motives of the killer in the Scream mask in the hallways, and of course when school is cancelled, someone throws an ill advised rager.
Wes Craven’s teen slasher flick is stylish and fun, and filled with the just the right amount of teen angst and gore. The film captured the feel of teen high school in the 1990s and has spawned three movie sequels, and a TV series that began airing in the US just last week.

Ferris has had enough of school, and convinces his girlfriend Sloane (Mia Sara) and his best friend Cameron (Alan Ruck) to cut class and hit the road with him for a day of fun in Chicago.
The master of high school teen flicks, John Hughes, brought us the wonderful FERRIS BUELLER’S DAY OFF back in 1987, and although Ferris does not spend much of the day being in school, his shenanigans are so much fun that the movie counts as a reason why sometimes, just sometimes, it’s OK to skip school and go and dance Von Steuben Day Parade, once your principal believes you and doesn’t try to break into the family home to accuse you of truancy.
FERRIS BUELLER’S DAY OFF also spawned a TV series; a prequel show that aired in 1990. The show starred Jennifer Aniston and Charlie Schlatter, but was cancelled after just 13 episodes.

Ken Loach’s 1969 drama KES focuses on 15-year-old Billy Casper (David Bradley) who is bullied at school and home by his half-brother Jud (Freddie Fletcher). Billy’s life seems to have very little hope, and he has had run-ins with the police, but all of this changes when he adopted a kestrel, which he names Kes.
KES is a portrait of life in a Yorkshire mining village in the late 1960s, and does very little to dispel the notion that ‘it’s grim up North’. Billy, however, is redeemed through his relationship with the kestrel that he has set out to train, and finds not only a new outlet, but a new passion for school and education. The ending of the film is horribly tragic and sad, but on the whole, the film is a beautiful one about the relationship between teen and bird.

One of the late, great Robin Williams’ greatest roles was in the 1989 film DEAD POETS SOCIETY. Williams plays John Keating, an English teacher at an elite boarding school, who encourages his students to ‘make your lives extraordinary’. The students discover that their new favourite teacher went to their school, and while there, was member of the unsanctioned group the Dead Poets’ Society, which the boys restart. This flies in the face of the rigid and controlling nature of the school, and when the club is discovered, the administration of the school is not happy.
The film focuses on these teenagers’ efforts to become themselves in a different era and, although the film ends with tragedy and Keating’s removal from the school, it is clear that his eccentric methods of teaching have had a profound effect on his students.