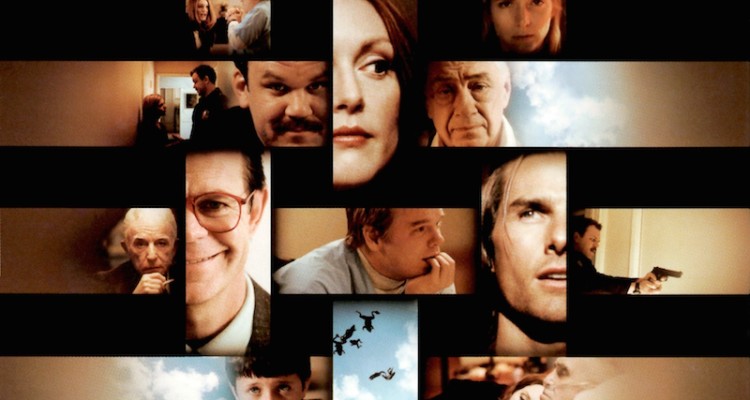 ‘Christmas with the Coopers’ boasts an impressive ensemble cast, including Olivia Wilde, John Goodman, Ed Helms, Diane Keaton, Alan Arkin and Amanda Seyfried. Released in Irish cinemas this week, the film follows the various members of the Cooper family as they make their way home for Christmas, and try to keep secrets from one another as they do.
The fantastic cast for this film got us thinking about other great movies with ensemble casts, and we bring you five of our favourites…

LOVE, ACTUALLY
The cast for Richard Curtis’ Christmas themed rom-com is incredibly striking; Alan Rickman and Emma Thompson play a married couple, Laura Linney is looking for love, Kiera Knightley is newly married and discovers her husband’s best friend is in love with her, and Martin Freeman plays a stand in for erotic actors. As well as this, the film stars Thomas Brodie Sangster, Hugh Grant, Colin Firth, Liam Neeson and Rowan Atkinson.
The film focuses on several different love stories and in the end, they all tie together through friendships, relationships and family ties. Oh, and the movie is a good old cry-fest too.

EVERYONE SAYS I LOVE YOU
Woody Allen’s 1996 musical is another love story with a huge and diverse cast. The film focuses on a young couple just getting engaged, played by Edward Norton and Drew Barrymore, and the rest of the impressive singing cast is made up of Natasha Lyonne, Alan Alda, Natalie Portman, Goldie Hawn, Julia Roberts and of course, Allen himself.
Most of the cast do their own singing – only Drew Barrymore’s voice is dubbed as she convinced Allen she was a terrible singer, saying she doesn’t even sing in the shower – and it remains Allen’s only musical to date.

MAGNOLIA
Paul Tomas Anderson’s 2000 film is another one of individual stories coming together in the end, but unlike ‘Love, Actually’ it is not a rom-com, although Melora Walters and John C. Reilly have a love entanglement in the film. The rest of the cast features Philip Seymour Hoffman in one of his breakout roles, Tom Cruise, William H,. Macy and real life partner Felicity Huffman, Philip Baker Hall, Patton Oswalt, Julianne Moore and Clark Gregg; the film focuses on characters in search of love, forgiveness, and meaning as they make their way through their lives.
The film features a soundtrack made up of songs by Aimee Mann, paintings by Fiona Apple, and was written by Anderson over two weeks at William H. Macy’s cabin in Vermont; he was afraid to go outside because he had seen a snake!

PULP FICTION
Quentin Tarantino’s critically acclaimed ‘Pulp Fiction’ is yet another film of interconnecting stories, although many of the characters only meet for a brief instant and the stories are not always told in chronological order. The film tells the intertwining stories of two hit men, a boxer, a gangster’s wife, and a pair of diner bandits, and the casts boasts such names as Uma Thurman, Holly Hunter, Tim Roth, Harvey Kietel, ving Rhames, Bruce Willis, John Travolta and Samuel L. Jackson. Our own Bronagh Gallagher also has a small role in the film alongside Eric Stoltz.
Amazingly, Samuel L. Jackson almost lost out on his role in the film. Even though it was written with him in mind, actor Paul Calderon was almost offered the part after he did a great audition. On hearing this, Jackson flew to LA to meet Tarantino, and auditioned again to make sure he got the part. Phew!

MARGIN CALL
JC Chandor’s 2011 film about the financial crash in the US takes place over the course of just one night, as a group of financial executives try to stop their company from going under. The Oscar nominated film stars Paul Bettany, Jeremy Irons, Kevin Spacey, Demi Moore, Zachary Quinto and Stanley Tucci and was shot in just 17 days.
The film marked Chandor’s directorial debut, and in a charming reversal, his second film ‘All is Lost’ starred only one actor; Robert Redford, as he struggled to survive after his small boat sank at sea.