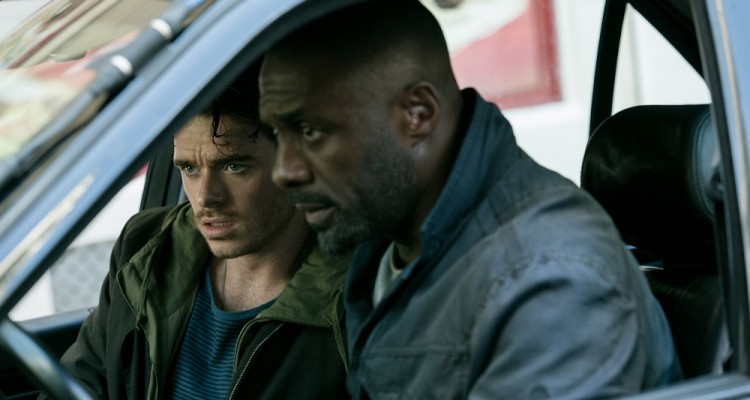 Movies named after Holidays… From ‘Valentine’s Day’ to ‘Bastille Day’

This week, ‘Bastille Day’ is released in Irish cinemas. The film, named after, and taking place around, the French holiday of Bastille Day, which takes place on July 14th. The film stars ‘Games of Thrones’ Richard Madden as Michael Mason, who finds himself under suspicion of planting a bomb in Paris, but when he proves to CIA agent Sean Briar (Elba), that he is merely a talented pickpocket, the two team up to stop more attacks and uncover the motivation behind chaos being caused in Paris on the run up to their national holiday, Bastille Day.

To celebrate the release of ‘Bastille Day’ in Irish cinemas, Movies.ie has taken a look back over other movies named after holidays…

VALENTINE’S DAY
Garry Marshall’s 2010 romantic comedy film featured an ensemble cast, telling their own stories that eventually tied together. Couples and singles in LA examine the pressures of Valentine’s Day, and the state of their relationships. Starring Jessica Alba, Kathy Bates, Jessica Biel, Bradley Cooper, Jamie Foxx, Jennifer Garner and Anne Hathaway, the film was a major box office success, and had the second biggest opening weekend for a rom-com, just behind ‘Sex and the City’.

NEW YEAR’S EVE
The year after ‘Valentine’s Day’, director Garry Marshall brought us another rom-com with an ensemble cast; ‘New Year’s Eve’. The film was originally imagined as a continuation of ‘Valentine’s Day, but eventually evolved into a stand alone film. Starring Lea Michele, Michelle Pfeiffer, Zac Efron, Robert De Niro and Halle Berry, the film takes place of the course of one night – New Year’s Eve, not surprisingly – and tells the story of a man dying of cancer who wants to see the iconic New York ball drop one last time, a woman struggling to finish her new year’s resolutions from the previous year, and two people who find themselves stuck in an elevator as the clock ticks closer to midnight.
Although ‘New Year’s Eve’ was nominated for five Razzie awards, the film was a hit with cinemagoers, earning over $142 million at the worldwide box office.

INDEPENDENCE DAY
With a sequel on the way, what would an article on movies named after holidays be without a mention of the 1996 action movie ‘Independence Day’!? Will Smith leads the cast in this alien invasion movie, which takes place in the aftermath of an alien attack in the US, where humanity has to come together to stop a full scale invasion. Of course, for the sake of symmetry, the counter-attack takes place on July 4th… Independence Day!
‘Independence Day’ won an Oscar for Visual Effects and is currently the 51st highest grossing film of all time.

GROUNDHOG DAY
Another great 90s film, ‘Groundhog Day’ centres on the US traditional holiday, which predicts the arrival of spring. The film, directed by Harold Ramis, stars Bill Murray as a weatherman covering Groundhog Day at the biggest celebration of the day in Pennsylvania, who finds himself reliving the same day over and over again, until he rights some wrongs.
The phrase ‘Groundhog Day’ has passed into common parlance since the release of the film, with the phrase being adopted by the US military to describe unpleasant, unchanging, repetitive situations. The film is being adapted into a stage play, due to debut later this year, and currently holds a 96% Fresh rating on Rotten Tomatoes.

FRIDAY THE 13TH
OK, we know that Friday the 13th is not technically a holiday, but we could not put together a list of films named after days without mentioning the 1980 horror film ‘Friday the 13th’ The film focuses on a group of camp counsellors getting ready for the re-opening of a camp where a child drowned some years before. One by one, the counsellors get picked off by an unknown assailant, and must band together to survive.
‘Friday the 13th’ was created to cash in on the success of the 1978 film ‘Halloween’, but has gone on to become wildly successful in its own right, spawning a franchise of twelve films, a television show, novels, comic books, and tie‑in merchandise. Phew!

‘Bastille Day’ is released in Irish cinemas on April 22nd 2015. Watch the trailer below…