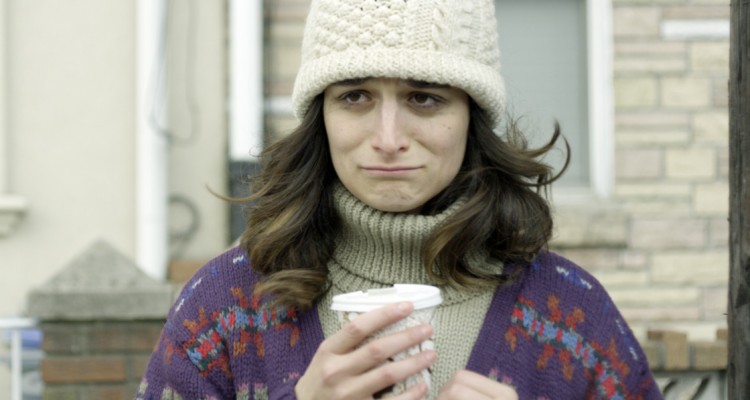 The single life: Movies about being romantically unattached

‘How to be Single’ is released in Irish cinemas this week. The film, which stars Dakota Johnson, Rebel Wilson, Leslie Mann and Anders Holm, is the story of a group of single people discovering just what it means to be alone in a world where there is no one definitive definition of love.

‘How to be Single’ got us thinking about those movies that celebrate being single, where the protagonist ends up happy at the end, rather characters who search for their perfect partner for 90 minutes. Keep reading to find out more…

OBVIOUS CHILD
Donna (Jenny Slate) works in a book store by day, and as a stand up comic by night. When her boyfriend breaks up with her for sharing too many personal details in her act, Donna has a one-night stand with Max (Jake Lacy), a sweet and gentle guy, who Donna would never normally go for. Donna falls pregnant from their brief tryst, and has to finally face the ideas of adulthood, womanhood and friendship head on.

Although there is the hint at the end of ‘Obvious Child’ that Donna and Max may end up together, the heart of the film is that Donna has to face her own fears, feelings and responsibilities alone, before she can welcome someone else into her life.

ROMY AND MICHELE’S HIGH SCHOOL REUNION
Starring Mira Sorvino and Lisa Kudrow as Romy and Michele respectively, David Mirkin’s 1997 comedy focuses on two women in their late 20s who, on returning to their high school to see their former classmates, invent careers to make themselves seem more successful than they really are. Things quickly go wrong when the women cannot agree on who invented what in their elaborate lie, so they go their separate ways. Of course the lifelong friends come back together when they realise being part of the cool gang is not all it cracked up to be.

MY BEST FRIEND’S WEDDING
Julianne (Julia Roberts) and her longtime friend Michael (Dermot Mulroney) have an agreement; if neither of them is married by the time they are 28, they will marry each other. When Michael suddenly reveals he is getting married to a younger woman named Kimmy (Cameron Diaz), Julianne decides she is on love with her friend, and sets out to destroy his wedding.

Throughout ‘My Best Friend’s Wedding’ Julianne doesn’t really act like a best friend, or someone who has Michael’s best interests at heart, but when her schemes fail and Michael still chooses Kimmy, Julianne accepts defeat and steps into the role of best friend, the one that she should have played all along. Julianne behaves pretty badly throughout the film, so it’s pretty clear that her actions would not be rewarded, but seeing her finally calm down and accept her life as a single woman is the catharsis that the film needs, and was an almost unexpected end to the film.

KILL BILL
Although Quentin Tarantino’s ‘Kill Bill’ films are characterised by violence, they are actually motivated by love; Bill (David Carradine) loves The Bride (Uma Thurman) so he sets out to get her for himself – in a twisted way – and The Bride loved her unborn child so much that she sets out on a rampage of revenge at her pregnancy being terminated. Although it would be easy, when she discovers that her daughter B.B. (Perla Haney-Jardine) is actually alive, for The Bride to set up home with Bill and their child, she doesn’t take the easy road, instead opting to finish her quest for revenge and start a new life for herself and B.B.

The Bride is the ultimate example of a character ending up romantically unattached, even though her heart is full of love for those important to her.

THE LOBSTER
Recently single David (Colin Farrell) checks into a mysterious hotel in the hope of finding love; he catch being that if he doesn’t find a partner with in 45 days he will be turned into an animal. Choosing a lobster as his animal, Dave sets out to find a woman to spend his life with, spending evenings hunting the mysterious Loners in the woods around the hotel, to try and up his day quota, and trying to find a woman with whom he has a defining characteristic in common.

‘The Lobster’ is an odd film about love and acceptance, but even though The Limping Man (Ben Whishaw) fakes a nosebleed in order to find a partner in Nosebleed Woman (Jessica Barden), David never settles for settling, even leaving the woman he could love behind when it is a choice between his life and hers, preferring to remain single and alive than attached and in danger.

Do you have a favourite film about being romantically unattached? Let us know in the comments below.

‘How to be Single’ is released in Irish cinemas on February 19th 2016. Watch the trailer below…