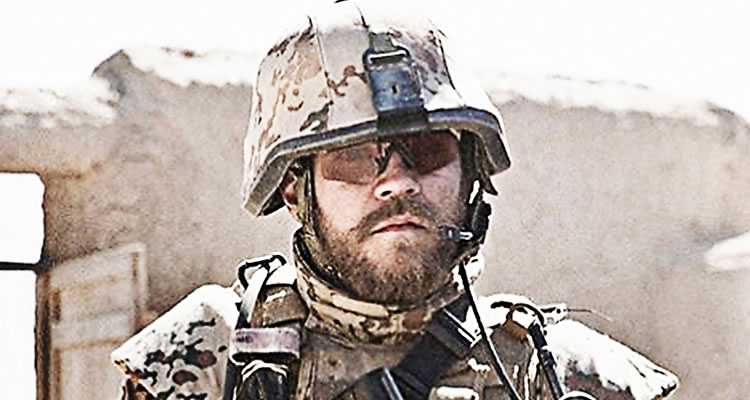 A WAR (Denmark/15A/115mins)
Directed by Tobias Lindholm. Starring Pilou Asbæk, Tuva Novotny, Dar Salim, Søren Malling, Charlotte Munck, Alex Høgh Andersen.
THE PLOT: Claus (Pilou Asbæk) is a company commander stationed in Afghanistan. When one of his men is killed by stepping on a landmine he ventures out into the field to try and keep morale up, as his wife Maria (Tuva Novotny) struggles with the couple’s three children at home in Denmark. After Claus makes a split second decision under fire, he finds himself back home under a cloud of suspicion.
THE VERDICT: Director Tobias Lindholm returns with his second feature film – after 2013’s ‘A Hijacking’ – with another film about the two sides of conflict, while also examining the pressures of long distance relationships.
Once again, Pilou Asbæk leads the film, as he did with ‘A Hijacking’, and once again he alternates between fear and the courage of his convictions. Claus is a character the audience has faith in and can root for, since he so deeply cares for the welfare of those he is stationed with, as well as trying his best to support his wife and kids back home. All of this changes in the second half of the film as Claus suddenly becomes the one needing care and support, and this turn in story is where Asbæk excels. The rest of the cast is made up of Tuva Novotny, Dar Salim, Søren Malling, Charlotte Munck and Alex Høgh Andersen.
As screenwriter, Tobias Lindholm makes sure the audiences have a level of knowledge of the event that turns Claus’ life upside down that perhaps even Claus himself does not have. However, for the rest of the film we are learning information as Claus does, and swinging between empathising with a man who made a terrible choice in a difficult situation, and the troubles that his wife now faces with having him home but under a new threat.
As director, Lindholm allows the tension to ebb and flow through the first half of the film, then to build solidly through the second. The film is well paced, although it is not always clear where it is going to lead us, and the second part of the story is slower and more dialogue heavy than the action laden first hour. That said, the performances are strong, and it is always clear to the audience that Claus is the focus of the story, although perhaps his wife’s story is equally as interesting, and the choice to split focus for the first hour of the film makes sense, but does not necessarily work.
In all, ‘A War’ examines the terrible choice between sparing someone else’s life and saving your own. Pilou Asbæk is strong as ever, and the film makes for gripping viewing, but the split focus of the first hour of the film leaves the film feeling a little scattered, and the second hour of emotional dialogue does not necessarily fit with the feel of the rest of the film. There is certainly plenty to engage with in ‘A War’, it is just a shame the film feels rather messy at times.
RATING: 3.5/5
Review by Brogen Hayes