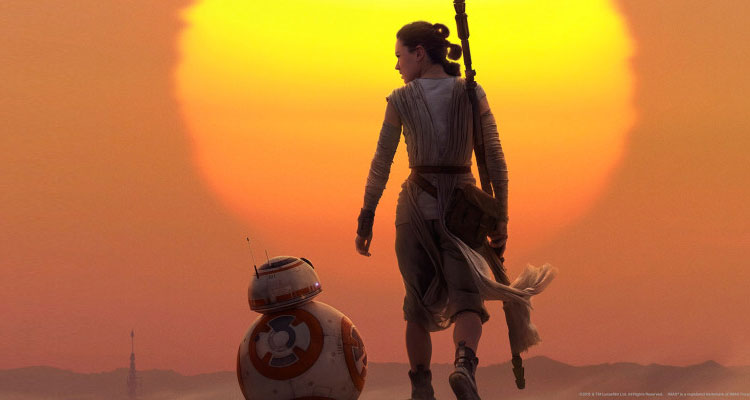 A long time ago in a film studio far, far away negotiations took place between Disney & legendary film-maker George Lucas to revive the ‘Star Wars’ franchise and bring a brand new trilogy to the big screen. Rory Cashin charts the journey that brought the iconic characters back to the big screen.

May 19th 2005
‘Star Wars: Episode III – Revenge Of The Sith’ is released into cinemas. Despite being the best of the prequel trilogy, and making a massive $848 million at the box office, to this day it’s staggering just how close Lucas came to ending ‘Star Wars’ for good.

May 7th 2008
Lucas tells the L.A. Times that they shouldn’t get their hopes up for any future stories in the ‘Star Wars’ universe that takes place after (THIRTY-TWO YEAR OLD SPOILER ALERT!) the death of Darth Vader. “The movies were the story of Anakin Skywalker and Luke Skywalker, and when Luke saves the galaxy and redeems his father, that’s where that story ends.”

October 30th 2012
Disney announce the deal to buy LucasFilm Ltd., thus giving them the rights to the ‘Star Wars’ franchise, amongst others things (Indiana Jones, for one). Now $4.05 billion richer, Lucas states “I always said I wasn’t going to do any more, and that’s true, because I’m not going to do any more. But that doesn’t mean I’m unwilling to turn it over to Kathy [Kennedy, new LucasFilm president] to do more.”

January 25th 2013
After Disney approaching David Fincher, Matthew Vaughn, Guillermo Del Toro and Brad Bird, it’s announced that J.J. Abrams will direct the seventh ‘Star Wars’ movie. Michael Arndt (‘Little Miss Sunshine’, ‘Toy Story 3’) completed the first draft of the screenplay based on Lucas’ story ideas involving the children of Luke, Leia and Han attempting to build a New Republic, but the script was ultimately tossed out and rewritten by Abrams and Lawrence Kasdan (‘The Empire Strikes Back’).

November 7th 2013
The release date for The Force Awakens is announced, making it the first Star Wars movie not to debut in May, and with the new script changes in place, the casting process went into full swing. Saoirse Ronan, Michael B Jordan and Jesse Plemons were all firm favourites for the leading roles, until…

April 29th 2014
The full cast was announced via a photograph of a table read of the script. Along with Harrison Ford, Carrie Fisher, Anthony Daniels, Peter Mayhew and Mark Hamill, for the first time we see Domhnall Gleeson, Oscar Isaacs, Daisy Ridley, John Boyega, Andy Serkis and Adam Driver all together. Not shown in the picture but also part of the main cast-list were Max Von Sydow, Kenny Baker, Warwick Davis, Lupita Nyong’o and Gwendoline Christie.

November 3rd 2014
Principal photography on the movie came to an end. Filming took place in Iceland, Scotland, New Mexico, Abu Dhabi, Skellig Michael off the coast of County Kerry, and Pinewood Studios. While an (apparently) mostly trouble-free shoot, Harrison Ford broke his ankle when the Millennium Falcon’s door fell on him, halting production for two weeks. On top of that, Abrams suffered a severe spine injury when he attempted to lift the door off of Ford.

November 28th 2014
The first teaser trailer for the movie is released, watched a massive 58.2 million times on YouTube in it’s first week, beginning a series of record-breaking moments for the movie. The first full trailer, released on April 16th 2015, was watched 88 million times in it’s first 24 hours. A third trailer, released on October 20th 2015, was watched 128 million times in it’s first day. Advance tickets went on sale for the movie from October 19th 2015, selling $6.5 million worth of IMAX seats in a single day (IMAX had previously never surpassed $1 million of presales in one day), with a current standing total of over $50 million before the movie has even opened.