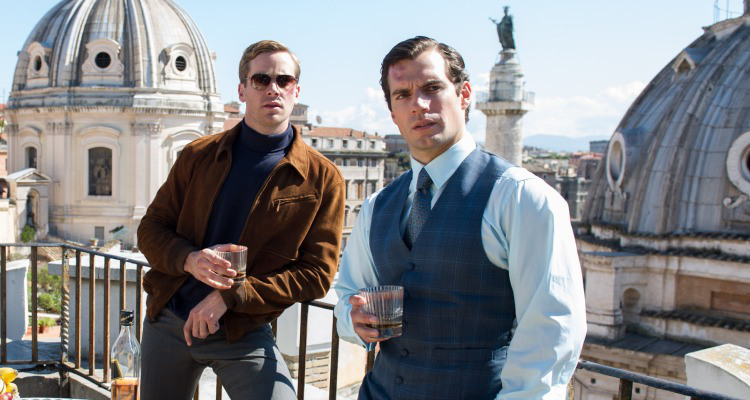 What will you see in Irish cinemas this month?

Directed by: Terry Jones
Starring :Simon Pegg, Robin Williams, Kate Beckinsale, Terry Gilliam, Joanna Lumley, John Cleese, Eric Idle, Michael Palin, Terry Jones
Release Date: August 14th
One of Robin Williams’ last movie roles will be seen on Irish cinema screens this month; he voices Dennis the dog in Terry Jones’ ASBOLUTELY ANYTHING.
Simon Pegg stars as Neil, a man who unexpectedly finds himself bestowed with the ability to do well… Absolutely anything. Little does Neil realize that a group of aliens – played by former Monty Python members John Cleese, Terry Gilliam, Eric Idle, Michael Palin and Terry Jones) are behind his new powers, and as his life gets more and more complicated, he calls on his canine pal Dennis to help him along the way.

Directed by: Ciarán Foy
Starring: James Ransone, Shannyn Sossamon, Robert Daniel Sloan, Dartanian Sloan, Lea Coco
Release Date: August 21st
This follow up to 2012’s SINISTER stars Shannyn Sossamon as a young mother who moves into a new home with her young sons. The trouble is that their new rural home is the one that the demon Bughuul has decided to take for himself. It is not long before Bughuul tries to convince one of the children to murder his family, and a police deputy starts to investigate the murders associated with the house.

Directed by: Judd Apatow
Starring: Amy Schumer, Bill Hader, Brie Larson, Tilda Swinton, Jon Glaser, Ezra Miller
Release Date: August 14th
Small screen sensation Amy Schumer makes the jump to the big screen this month with TRAINWRECK. As well as penning the screenplay, Schumer plays Amy, a woman in her 30s with a successful career as a magazine writer. Although her professional life may be on point, her personal life is less so, with her having a string of one night stands – without the knowledge of her boyfriend – and her father being moved to a care home. When Amy meets the charming and sweet Aaron (Bill Hader), and the two start dating, she has to overcome her fear of commitment, and fast.

Directed by: Elliot Hegarty
Starring: Iain Glen, Jeremy Irvine, Talulah Riley, Daniel Stisen
Release Date: August 21st
BBC Three’s BAD EDUCATION makes its cinematic debut this month. The show focused on young teacher Alfie Wickers (Jack Whitehall), who was perhaps one of the worst teachers in the UK as he tried to teach his class the basics in school, while still trying to remain one of them. The movie is set to follow Alfie and his class of students as they go on one last disaster filled school trip to Cornwall.

Directed by: Aleksander Bach
Starring: Rupert Friend, Zachary Quinto, Ciarán Hinds, Hannah ware
Release Date: August 27th
Based on the hugely popular videogame series of the same name, HITMAN: AGENT 47 stars HOMELAND’s Rupert Friend as the mysterious title character, a genetically enhanced human being, trained as an assassin. 47 teams up with a woman whose father started the Agent programme to which he belongs, to find out the truth about where he comes from.

Directed by: Camille Delamarre
Starring: Ed Skrein, Loan Chabanol, Ray Stevenson, Lenn Kudrjawizki, Tatiana Pajkovic, Radivoje Bukvic
Release Date: September 4th
The fourth film in the TRANSPORTER franchise serves both as prequel to the Jason Statham-led movies, and a reboot of the franchise as a whole.
Frank Martin (Ed Skrein) spends his time transporting classified packages for dubious people. When Frank’s father pays him a visit in the south of France, their bonding weekend is interrupted when Frank is engaged by a cunning femme-fatale Anna to orchestrate the bank heist of the century.

Directed by: Josh Trank
Starring: Kate Mara, Jamie Bell, Miles Teller, Michael B. Jordan, Tim Blake Nelson
Release Date: August 6th
This reboot of the 2005 FANTASTIC FOUR franchise is directed by Josh Trank, the man who brought us the excellent CHRONICLE in 2012.
Sue Storm, Reed Richards, Johnny Storm and Ben Grimm find themselves teleported out of our universe, and return with their bodies mutated and changed in new and fascinating ways. They are not the only ones going through a change however, and they soon realize they must bad together to save the world from an old friend; a new enemy.

WE ARE YOUR FRIENDS

Directed by: Max Joseph
Starring: Vanessa Lengies, Zac Efron, Emily Ratajkowski, Jon Bernthal, Jonny Weston, Wes Bentley
Release Date: August 27th
With a title inspired by French duo Justice’s remix of a Simian song – We Are Your Friends – it is little wonder that the film is about a young DJ trying to make it. Zac Efron stars as Cole, the young DJ in question, who finds himself mentored by James (Wes Bentley). When Cole strikes up a relationship with James’ girlfriend Sophie (Emily Ratajkowski), however, he finds himself having to make some tough decisions about the future.

Directed by: Jake Schreier
Starring: Nat Wolff, Cara Delevingne, Austin Abrams, Justice Smith, Halston Sage, Jaz Sinclair
Release Date: August 21st
After the success of last year’s THE FAULT IN OUR STARS, it was really only a matter of time before another John Green book was adapted for the big screen, so PAPER TOWNS hits our screens later this month.
Nat Wolff plays Quentin “Q” Jacobsen, who still lives next door to his childhood friend Margo (Cara Delevigne) and who he has had a crush on for many years. One night, out of the blue, Margo climbs through his window and summons him on a road trip inspired by revenge and he is powerless to resist her. Margo does not come to school the next day, however, and Q takes it upon himself to search for her. As he discovers clues that were obviously left for him, and delves deeper into the mystery, Q begins to discover some uncomfortable truths about the girl he is in love with.

Directed by: Guy Ritchie
Starring: Alicia Vikander, Henry Cavill, Armie Hammer, Hugh Grant, Jared Harris
Release Date: August 14th
Set against the backdrop of the early 1960s period of the Cold War, two U.N.C.L.E operatives Napoleon Solo (Henry Cavill) and Illya Kuryakin (Armie Hammer) team up to try and stop a mysterious criminal organisation. Their only way into the organization is through the daughter of a missing scientist, and they find themselves in a race against time to save the world.