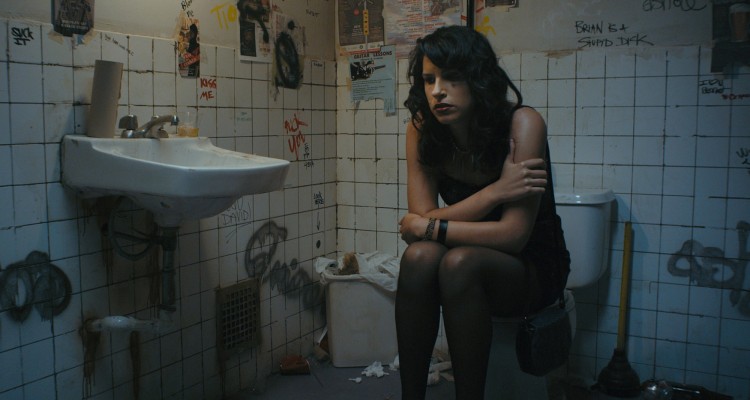 APPROPRIATE BEHAVIOUR (USA/IFI/90mins)
Directed by Desiree Akhavan. Starring Desiree Akhavan, Rebecca Henderson, Scott Adsit, Halley Feiffer, Ryan Fitzsimmons, Anh Duong, Hooman Majd, Arian Moayed, Justine Cotsonas.
THE PLOT: It’s Brooklyn, it’s the break-up, and Shirin (Akhavan) is practically being thrown out by Maxine (Henderson). As the Iranian-American Shirin struggles even now to reveal her bisexuality to her parents and her brother, moving on proves difficult. Flashbacks to the fine romance at the beginning of Shirin and Maxine’s relationship contrast to her bad experiences now on the dating scene, whether with online date Brooklyn Boy or with broody couple Ted and Marie. Shirin’s straight friend Crystal (Feiffer) encourages her to tell the truth to her parents, but, for now, she’s happier to concentrate on a new job, teaching five-year-olds how to make films. Shirin feels ever more hopeless when a fellow class produce a broody black’n’white, minimalist drama, whereas her class have produced the crass and slapstick comedy about The Tale Of The Lost Fart. Which, of course, gets a rapturous reception. Maybe there’s a life lesson there…?
THE VERDICT: I know if I had the choice between another New York bisexual hipsters story and farting ninja zombies, well, give me the stinky over the stinker every time. Written, directed and led by twentysomething New York Iranian Desiree Akhavan (soon to be seen in Lena Dunham’s GIRLS), APPROPRIATE BEHAVIOUR is achingly self-conscious. Hal Hartley in a dress, or a mildly exotic Miranda July, it’s another fine example of a self-loving artist playing a self-hating artist. Maybe it’s just a New York thing?
This is FLIGHT OF THE CONCORDS without the laughs. And the smarts.
RATING: 2/5
Review by Paul Byrne