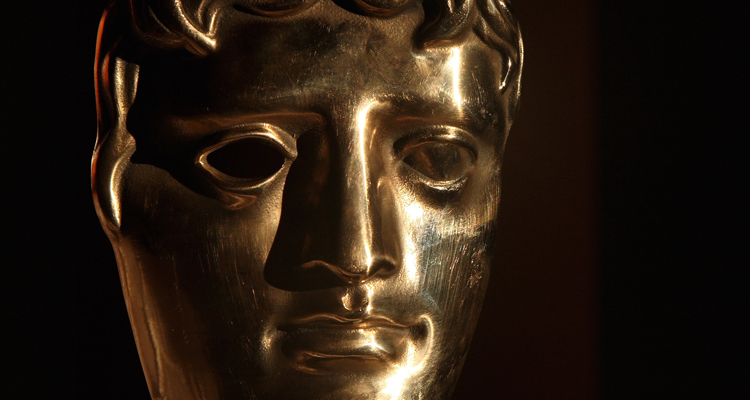 The British Academy Film Awards were handed out tonight, at the Covent Garden Opera House in London. The ceremony, hosted by Stephen Fry for the 10th year in a row, was opened by a live performance by Kasabian. In his opening monologue, Fry poked fun at Benedict Cumberbatch, saying if his name were passed through an Enigma machine, it would decode as ‘red hot public school totty’, before apologising to the assembled crowd that the star of THE GRAND BUDAPEST HOTEL, The Grand Budapest Hotel could not be present for the awards; ‘It’s a building, that would be silly’. Fry also changed the tradition of having stars blow kisses to camera, and instead had them kiss him. Fry began this change with BIRDMAN’s Michael Keaton and Edward Norton, who kissed him on either cheek. Professor Stephen hawking made a special appearance, with THEORY OF EVERYTHING star Felicity Jones, to present an award, and was greeted with rapturous applause.

BEST FILM
Tom Cruise presented the award to producer Catherleen Sutherland for BOYHOOD. When accepting the award, Sutherland said ‘Rick is really gonna be mad about this. This award is such an honour and it really goes to our entire BOYHOOD family. I think the heart of this film beats with the hearts of those who worked on it’. Sutherland then handed over to Ellar Coltrane, the star of the film, who said ‘We get asked a lot if we expected the way BOYHOOD has been received and the answer is of course not. The truth is it didn’t feel like a movie while we were making it, it felt like an exercise in collaboration’.

OUTSTANDING BRITISH FILM
David Beckham presented the award for Outstanding British Film to THE THEORY OF EVERYTHING. Producer Eric Fellner accepted the award, saying ‘On behalf of all of us on the stage here, in a year of amazing British films, this is a fantastic privilege. Without a great story there is no film, and our heartfelt thanks goes out to Stephen Jane, Lucy and everyone’s lives who factored into this story. Without their story there would be no film, so thank you, we hope you think we’ve done you proud’.

OUTSTANDING DEBUT BY A BRITISH WRITER, DIRECTOR OR PRODUCER
Stephen Beresford and David Livingstone scooped the award for their film PRIDE, which tells the story of a group of gay and lesbian activists, who stood with the striking British miners in the 1980s. When accepting their award, they said ‘LGSM – Lesbians and Gays Support the Miners – raised money for the community in south Wales for no other reason than they saw that out struggles have common cause/ We do incredible things when we stand together. Unite!’.
DIRECTOR
Richard Linklater was honoured for his 12 year commitment to BOYHOOD. Linklater was not present for the awards, but Ethan Hawke collected the award on his behalf, saying that the director would ‘frankly be p****d off’ to have missed the ceremony. Hawke also thanked the young cast, who formed the heart of the film.

LEADING ACTOR
Eddie Redmayne took home the award for Leading Actor, for his show stopping performance as Stephen Hawking in THE THEORY OF EVERYTHING. On accepting his award, Redmayne said ‘I would like to dedicate this wonderful honour to three families. My own family; they don’t work in this wonderful, magical, bizarre trade that we inhabit but they have been my rock and they have galvanized me & had amazing faith in me, even when I lost a wee bit in myself. To my professional family… Felicity Jones you are a wonder, but really this award belongs to one incredible family and they’re here this evening. I would like to thank them for their trust in us, their generosity and their kindness’

LEADING ACTRESS
Julianne Moore took home the award for her performance as a woman afflicted by Alzheimer’s STILL ALICE. When accepting her award, Moore thanked her Scottish family who ‘poured love into me’, as well as the Academy itself for ‘including me among these beautiful performances’.

SUPPORTING ACTOR
To no-one’s real surprise, J.K. Simmons won for his outstanding performance in WHIPLASH, in which he plays the domineering head of a college band. On accepting his award, Simmons said ‘Thank you to Damien [Chazelle] for the gift of this character to me and to the world. Thanks to Miles Teller for always being present in the moment. Although he’s not here now’.

SUPPORTING ACTRESS
Patricia Arquette walked away with the award for her performance in BOYHOOD. Arquette thanked her co-star Ethan Hawke, saying ‘Ethan Hawke you are an actor’s actor. Thank you so much for being my fictitious ex-husband and for making me a better actor’. Arquette then went on to say ‘I’ve been in many films and many of them have not been acknowledged until much later. I have been involved in a work of art because of you Richard Linklater, This movie has done something no film has ever done before, you broke the rules of cinema, you broke history, you trusted all of us and you made an ordinary story extraordinary. You made a story about love and I love you, and I thank you.’