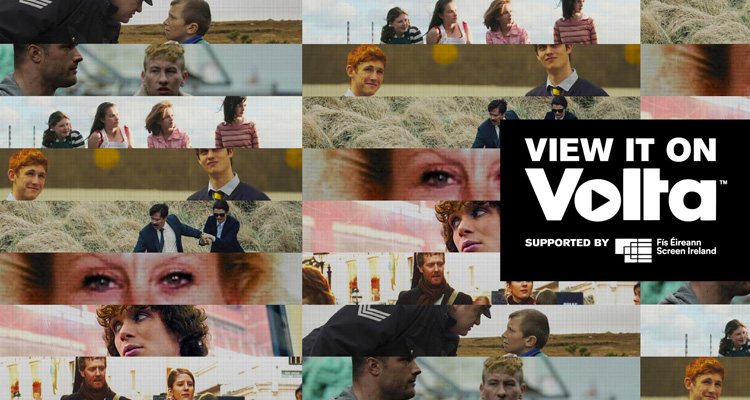 1000’s Of Irish Film Rentals Up For Grabs

We’re big fans of Irish video on demand platform VOLTA, they are the first independent Irish video on demand platform that provides cinema lovers with the opportunity to watch the widest selection of Irish films, together with the best of International independent feature films and documentary, many of which are available to view on Volta on the same date they appear in Irish cinemas.

Over an eight-week period a new Irish film collection will be revealed weekly drawing from Volta’s extensive collection of independent Irish film, the widest collection of Irish film available to rent online. Curated by Volta’s programmer Charlene Lydon, the collections will include films spanning three decades and show the exciting evolution of Irish film from the early days of the Irish Film Board all the way up to our current crop of talented filmmakers.

Speaking about VIEW IT ON VOLTA Charlene Lydon said “We’re so proud of the collection of Irish films we have on Volta and with the support of Screen Ireland we are pleased to gift these films to audiences with the intention of showcasing the depth and scope of Irish films that are available. From international hits such as Calvary, Oscar nominee The Secret of Kells and Palme d’Or winner The Wind That Shakes the Barley to lesser known treasures such as Cathal Black’s Pigs, Paddy Breathnach’s Ailsa and Pat Collins’ Song of Granite. Irish films that have made a huge impact at home and abroad but also Irish films that you may have missed over the years. The Irish are natural storytellers and we have a lot to say! VIEW IT ON VOLTA will celebrate the collective voice of Irish filmmakers and the stories we tell.”

Each Wednesday on Volta a new VIEW IT ON VOLTA film collection and gift code for that particular week will be revealed. *To activate the gift code, individuals simply open a Volta account, chose which film they would like to watch and input the VIEW IT ON VOLTA code to kick start their 48hr viewing period. Content owners will still be paid for each film rented as part of the campaign courtesy of support from Screen Ireland.

As part of the VIEW IT ON VOLTA giveaway, special guests from the Irish film industry such as Mark O’Halloran and Paddy Breathnach will join hosts Aoife Barry and Lauren Murphy on their “Get Around To It” podcast each week to chat about the film collections and their work.

Keep an eye on Volta and Get Around To It social channels for each weeks viewing code www.volta.ie/viewitonvolta