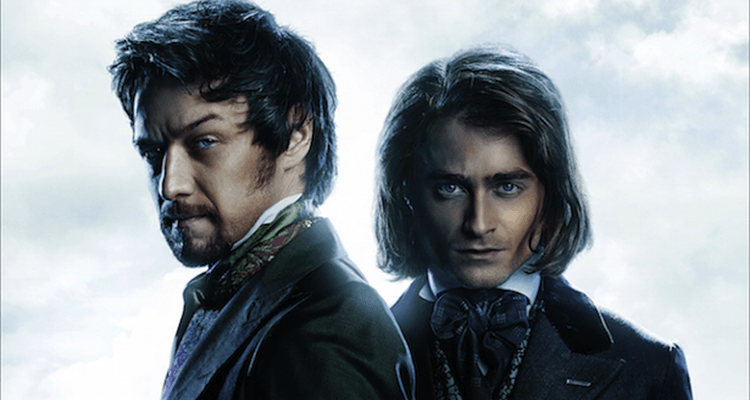 10 things you need to know about Victor Frankenstein

‘Victor Frankenstein’ is released in Irish cinemas this week, and stars Daniel Radcliffe as Igor, the assistant to Victor Frankenstein (James McAvoy), as the young medical student works through experiments to make life from death. Frankenstein’s experiments finally get him in trouble with the authorities, but this does not deter him from trying to create something remarkable.

1. Origins
‘Victor Frankenstein’ is a new and contemporary adaptation of Mary Shelley’s 1818 novel ‘Frankenstein’. Shelley started the book when she was 18 and finished it when she was 20. The book was originally published anonymously; it was not until the second edition was published in 1923 that her name appeared on the cover.

4. Writer
The screenplay for ‘Victor Frankenstein’ was written by Max Landis. Landis most recently wrote the screenplays for ‘American Ultra’ and ‘Chronicle’, and often tells long-winded stories on his Twitter account; @uptomyknees. As well as this, Landis’ father is director John Landis.

5. Past and Present
The last major Frankenstein film was ‘Mary Shelley’s Frankenstein’, which was released in 1994. The film starred Kenneth Branagh, Robert Hardy and Helena Bonham Carter, all of whom appeared with Daniel Radcliffe in the Harry Potter films.

6. Twist
In a twist on the classic tale by Mary Shelley, ‘Victor Frankenstein’ is told from the perspective of Frankenstein’s assistant Igor. However, Igor doesn’t appear in the original novel ‘Frankenstein’.

7. Slip of the tongue
In one particular scene, Victor Frankenstein’s name is mispronounced. This is a nod to Mel Brooks’ film ‘Young Frankenstein’, in which Gene Wilder plays the title character.

8. Homage
In this new film, the title character has a brother named Henry. This is a nod to the 1931 Frankenstein film, in which Colin clive played the main character, whose name was Henry, not Victor.

9. High numbers
Frankenstein is a character that has fascinated filmmakers and audiences for many years, with the character appearing in over 70 films over the years, including Tim Burton’s ‘Frankenweenie’, and the 1965 cult sci-fi film ‘Frankenstein Meets the Space Monster’