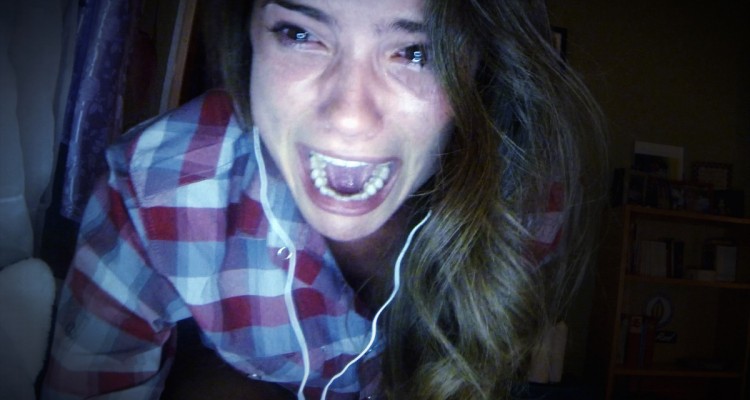 10 things you need to know about UNFRIENDED

UNFRIENDED is released in Irish cinemas this week, and tells the story of a group of teens are chatting online, who find themselves targeted by someone using their dead friend’s Facebook page. It soon becomes apparent, however, that this is not someone playing a prank on them, but a restless spirit bent on revenge.
Check out 10 facts about the film below…

1. Ideas Woman
Shelley Hennig, who plays Blaire in the film, put forward the idea that the film should be acted out in one single take, rather than long takes of 10 minutes.

2. Found!
The film is shot to look like found footage, but in a twist on the style, the audience watches the action seemingly in real time, through conversations on Skype, Facebook, Instagram and iMessage on Blaire’s computer.

3. He’s Behind You!
To keep the film suspenseful and believable, each take had script alterations that happened on the day, and the cast were encouraged to improvise and react to the unexpected story changes.

4. Inside Joke
The audience views the film through Blaire’s computer, and she has a tab open for the TV show TEEN WOLF. Shelley Hennig, who plays Blaire, plays Malia Tate in TEEN WOLF.

5. Stay Close Together!
UNFRIENDED was all filmed in one house with all the cast members in different rooms.

6. Title Change
The film went through several different titles – including OFFLINE and CYBERNATURAL – before finally being named UNFRIENDED. A wise choice of title, we think!

7. Indie Horror
UNFRIENDED, although it is being released in Ireland by Universal, is technically an independent film due to no studio being attached until Universal acquired the rights in 2014.

8. Real Life
The film is inspired by the real life cyber bullying, and subsequent suicide of Canadian teen Amanda Todd, and countless other similarly tragic stories.

9. IRL
All of the Facebook accounts shown in the film actually exist and can be found on Facebook. Laura’s can be found here…

10.When Can I see UNFRIENDED?
UNFRIENDED is released in Irish cinemas on May 1st 2015.
Watch the trailer below…