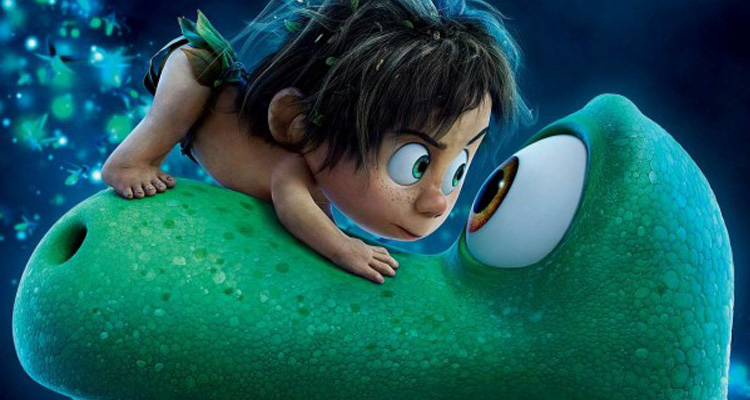 10 things you need to know about The Good Dinosaur

Pixar’s ‘The Good Dinosaur’ is released in Irish cinemas this week and answers the question; what would have happened if the dinosaurs hadn’t been made extinct? The film follows a young dinosaur named Arlo (Raymond Ochoa), who gets separated from his family, and makes an unexpected new friend, a human friend.

Here at Movies.ie, we are very excited about Pixar’s latest film, so we have gathered together 10 things you really should know about the movie…

1. Delays
‘The Good Dinosaur’ began life in 2009, but due to issues with the story and the final act of the film was pushed back twice; first to 2014, then again to 2015. Don’t worry though, Pixar’s general manager and president said, in an interview with, “…we changed the story to make it better, and we’re very proud of the film we have now”. Phew!

2. Cast
The film was originally supposed to star the voices of John Lithgow, Frances McDormand, Neil Patrick Harris and Judy Greer, but since the film’s reworking, Frances McDormand is the only original voice cast member still part of the film. McDormand is joined by Anna Paquin, Sam Elliott and Alan Tudyk.

3. Ch-ch-changes
The first version of ‘The Good Dinosaur’ mainly focused on the herbivore dinosaurs, with many of them being farmers. This was removed from the reworked film, and the idea of nature being the main antagonist was added.

4. Double or Nothing!
2015 marks the first time that Pixar have released two films in one year, the first being ‘Inside Out’, with ‘The Good Dinosaur’ hot on its heels.

5. Firsts…
As well as being the second film for Pixar in 2015, ‘The Good Dinosaur’ is Pixar film to be released for Thanksgiving in the US since ‘Toy Story 2’, the first one to have a November release since ‘The Incredibles’, and the first one to not be released in June since ‘Up’ in 2009.

6. Inspiration
Original director Bob Peterson said his inspiration for this film came from his impression of the dinosaur animatronics he saw on a childhood visit to the 1964 New York World’s Fair.

9. Eagle eye
Keep an eye out when watching ‘The Good Dinosaur’, as the dinosaur statue Riley and her family visit in ‘Inside Out’ appears in the film.