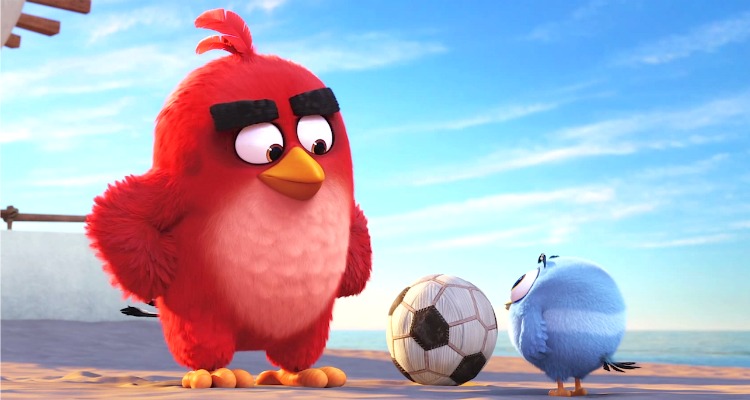 10 things you need to know about THE ANGRY BIRDS MOVIE

This week, those pesky pigs and flightless birds make their way to the big screen in the long awaited ‘Angry Birds Movie’. Before you all flock to the cinemas to find out just why those little birds are so darn angry, Movies.ie have gathered together 10 facts about the movie that you really ought to know.

1. Game
‘Angry Birds’ began life as a video game for Apple iOS. Since its release in 2009, the game has led to many spin offs – including the highly entertaining ‘Angry Birds: Star Wars’ and ‘Angry Birds: Transformers’ – and the games have been collectively downloaded more than three billion times, making it the most downloaded free game series of all time.

2. Not only, but also…
As well as the games, those ‘Angry Birds’ have appeared in comics, cook books, toys, an animated series and have attractions at theme parks in the UK, US, Spain, China and Finland.

3. Movie
Rovio Entertainment – the Finnish video game company that brought us ‘Angry Birds’ – announced that the ‘Angry Birds’ movie was to become a reality in 2014; five years after the first game was released.

4. Finnish the Budget
Rovio Entertainment has invested $100 million in the ‘Angry Birds’ movie and it’s marketing, making it the biggest budget in Finnish movie history. The previous record holder was ‘Big Game’, a 2014 movie starring Samuel L. Jackson as the President of the US who finds himself stranded in Finland when Air Force One is shot down.

5. A New Dimension
To tie in with the film, Rovio Entertainment struck a deal with the Lego Group to make a series of six Lego packs, and expansion packs for the wildly successful Lego Dimensions game.

7. Sing! Sing! Sing!
Singer Demi Lovato is also involved with ‘The Angry Birds Movie’; she recorded a new version of Gloria Gaynor’s disco hit “I Will Survive” for the film. As well as Lovato, songs by Peter Dinklage, Blake Shelton and Imagine Dragons appear on the film’s soundtrack.

8. Reunited
‘The Angry Birds Movie’ is the third film that Peter Dinklage and Josh Gad have appeared in together, after ‘Ice Age: Continental Drift’ and ‘Pixels’.

9. Changes
Unlike the ‘Angry Birds’ video games and shorts, the characters in ‘The Angry Birds Movie’ have arms, presumably to allow them to be more expressive and give them a bigger range of motion.